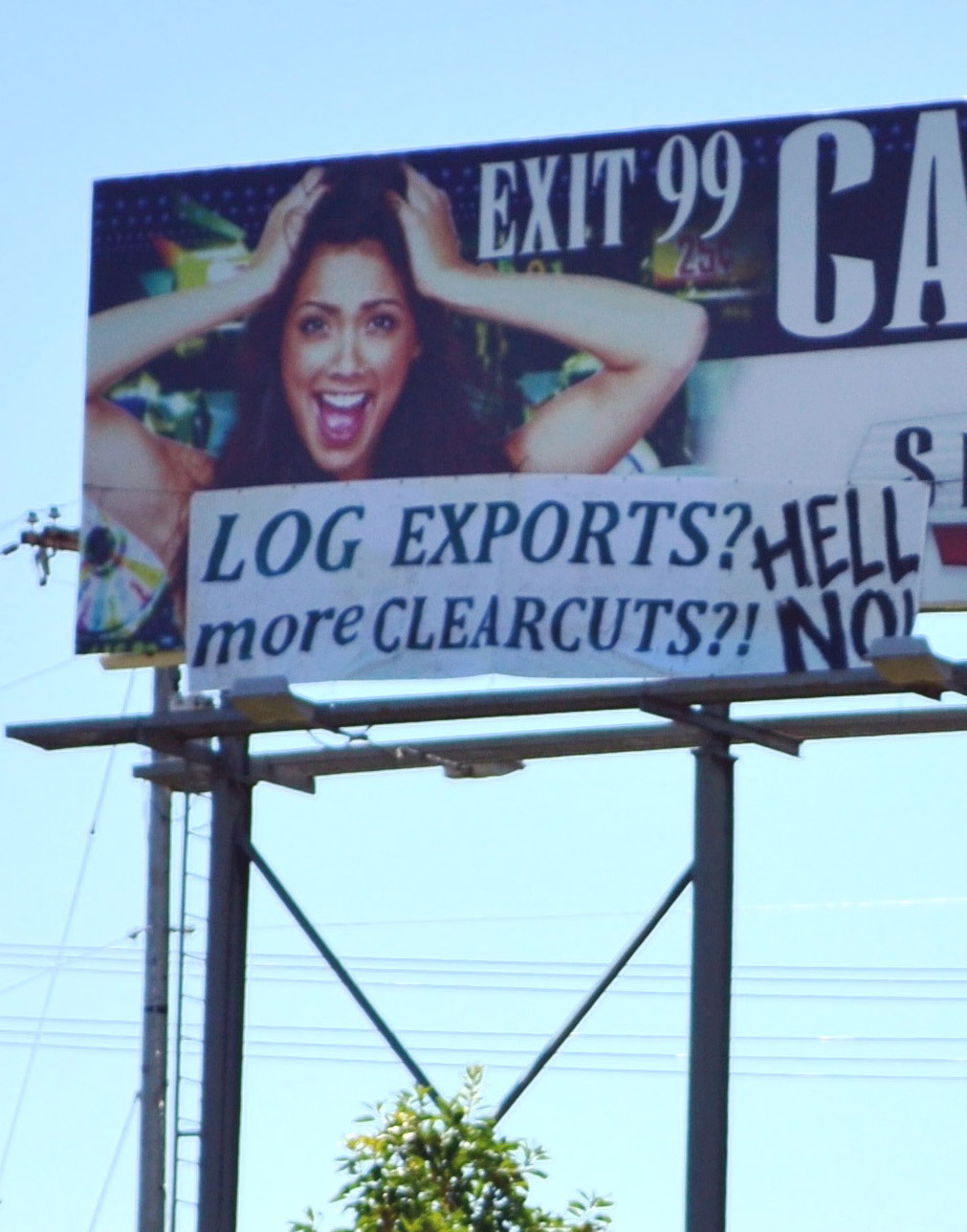 Eugene, Oregon—Early Monday morning a banner was dropped on a billboard just before the Goshen/99 exit on I-5 reading “Logging Exports? More Clearcuts?! Hell No!” It was suspected to be the work of the group known as Cascadia Forest Defenders or Cascadia Earth First!, but no group has claimed responsibility for it yet. What was clear is that the the action served as a continuation of the campaign to end clear cutting of Oregon’s native forests and highlights the fact that Oregon is exporting its timber to places like China.  It happened only a week after three blockades were established in the Elliot state forest, and the same day as an occupation of ODF’s office by attendants of the Trans and Women’s Action Camp in Hood River. For more on the campaign and its demands, see these recent Newswire posts.