Judges rule that Mark Kennedy was arguably an agent provocateur

Undercover police officer Mark Kennedy was ‘involved in activities that went much further than the authorisation he was given’, the appeal court judges ruled 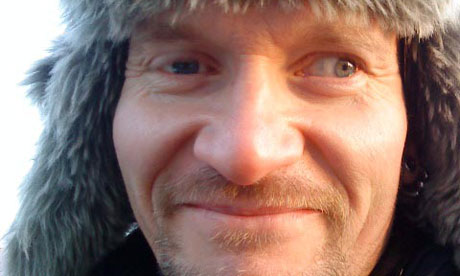 Three senior judges have ruled that the undercover police officer Mark Kennedy unlawfully spied on environmentalists and arguably acted as an “agent provocateur”.

In a damning ruling explaining why they quashed the convictions of 20 climate change activists, the appeal court judges said they shared the “great deal of justifiable public disquiet” about the case.

The judges, who included the lord chief justice, said “elementary principles” of the fair trial process were ignored when prosecutors did not disclose evidence about Kennedy’s work to activists’ lawyers.

The court announced on Tuesday that it would quash the convictions of the activists, who were wrongly accused of conspiring to break into Ratcliffe-on-Soar power station in 2009.

The judgment also made several criticisms of Kennedy, including that his deployment could have been construed as “entrapment”. It revealed Kennedy was part of a long-term programme “to infiltrate extreme leftwing groups” in the UK. Other court documents say the spy programme was called Operation Pegasus…

The judgment added that Kennedy played a “significant role in assisting, advising and supporting … the very activity for which the appellants were prosecuted”.

That finding could prove damaging for senior police responsible for the surveillance operation.