In a twisted irony, US Marshals opened an online auction of Unabomber Ted Kaczynski’s personal belongings last month, turning the items used for his letter bombing campaign and backwoods survival into commodities for an elitist hobby known as “murderbelia” collection. Bids end today, June 2, 2011. Since mid-May, people have been able to outbid one another on piles of Kaczynski’s stuff, including old clothes and books, the famed hoodie and sunglasses, his Harvard degree, the typewriter he used to write his 35,000-word manifesto—as well as pieces of the manifesto itself. 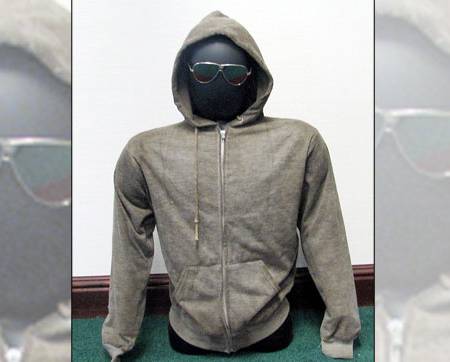 Sweatshirt and glasses included in auction

As of noon today, the infamous gray hooded sweatshirt and sunglasses combination is drawing much auction interest, with a top bid of just over $20,000. Kaczynski’s portable typewriter has a bid of $22,000. On Kaczynski’s handwritten manifesto, the bidding was around $17,500.

Photos, old tools, letters, and some bows and arrows that Kaczynski used to hunt for food in the Montana wild were also up for auction. According to the US Marshals, proceeds from the auction will go to the recipients of Kaczynski’s letter bombs, which included primarily corporate executives, lobbyists and academic architects for the techno-industrial empire.

Kaczynski, 69, is serving life without the possibility of parole in a Colorado federal prison after pleading guilty in 1998 to setting 16 explosions that killed three people and injured 23 others in various parts of the country. The deaths included Gilbert Murray, a timber industry lobbyist, and Thomas Mosser, an advertising executive with Burson Marsteller, one of the largest public relations companies in the world—specializing in image management for global corporations involved in ecological disasters and political massacres (including Union Carbide’s deadly explosion in Bhopal and mass killings by the Indonesian dictatorship, among many more of the most egregious environmental and human rights crimes ever committed.)

US District Judge Garland Burrell ordered the sale in August 2010, following a several year legal battle over the confiscation of his personal belongings in which he argued that the sale and altering of the original writings would violate the First Amendment. He delayed the process long enough to have his writing re-published in 2009 by Feral House publishing.

The Earth First! Journal recently released a review of this book and a reflection on the Unabomber’s relationship to the Earth First! movement in our 30th Anniversary edition. A PDF version of this article is available here.

According to US Marshal Albert Nájera of the Eastern District of California: “The US Marshals Service has been given a unique opportunity to help the victims of Theodore Kaczynski’s horrific crimes… We will use the technology that Kaczynski railed against in his various manifestos to sell artifacts of his life. The proceeds will go to his victims and, in a very small way, offset some of the hardships they have suffered.”

One of the individuals seeking the restitution which initiated the auction is Susan Mosser, wife of the Burson Marsteller executive killed by a letter bomb. “Did he worry about the rights of Hugh Scrutton, Tom Mosser or Gil Murray, from whom he took the right to live?” she wrote in an e-mail message complaining about Kaczynski’s legal challenge, sent through her lawyer, which was quoted in a 2007 New York Times article.

But not all recipients of the letter bombs were advocating for a public sale of the belongings. The prospect of an auction did not sit well with David Gelernter, the neoconservative professor of computer science at Yale, who was severely injured by one of the mail bombs in 1993. He filed a letter with the court in late 2005 in which he asked that the proposed sale not happen.

“My wife and I are outraged that the court has decided to turn the sale of this criminal’s property into a circus — or (more accurately) into a P.R. bonanza, starring the criminal himself,” Mr. Gelernter wrote. “Why have you decided to help vicious misfits with cash to burn lionize this evil murderer?”

In an e-mail message to the New York Times, Mr. Gelernter said he had nothing but pity and contempt for anyone who would bid on Mr. Kaczynski’s items unless “they’re acting for a police agency or some serious research project that seeks to rid the world of (not ‘understand’) such vicious cowardly thugs.”

In a time where the worst of corporations can laugh off most attempts to hold them accountable for the ecological destruction and erosion of freedom they perpetrate on the planet, the actions that Ted Kaczynski plead guilty to may have actually caused some CEOs and their lobbyists to think twice about what they do. If that is insanity or cowardice, then what does it say of the vast majority of people in the United States, those who see the global ecological and social crises unfolding and either participate carelessly or share Kaczynski’s concerns and can think of nothing effective to do about it? 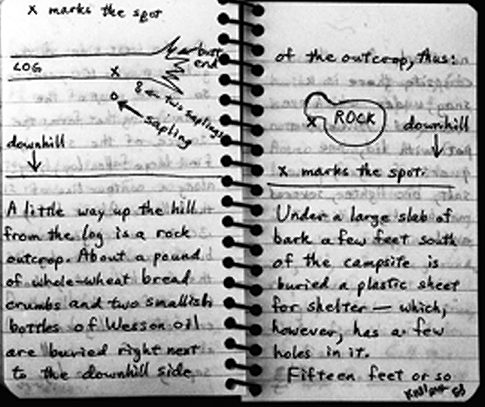 Ted Kaczynski's personal writings and Journals were included in the auction.