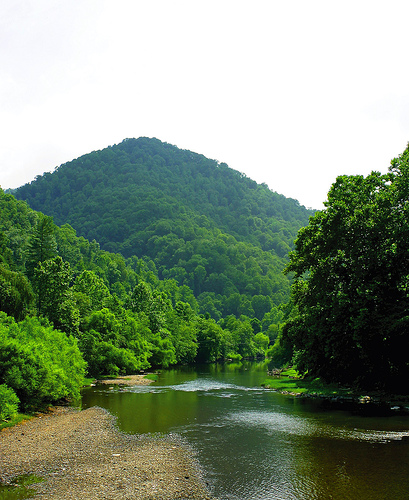 Dear Friends–
If it was easy, they wouldn’t call it a “struggle.”

In 1921, 15,000 miners took up arms against the coal industry’s gun thugs and fought for the basic right to live and work in decent conditions. It was the second largest armed insurrection in the US history (after the Civil War) and the only time the US government used airplanes to drop bombs on it’s own people. The Battle of Blair Mountain has become an historic symbol of resistance against King Coal. Now, greedy coal companies have removed it’s historical preservation status and begun to strip mine Blair Mountain.

In fierce resistance, Appalachian residents most harmed by mountaintop removal coal mining are joining together with union rank and file, retired miners, environmentalists, students, teachers and more for a historic march and direct action to commemorate the battle’s 90th anniversary from June 5-11. And Rising Tide North America will be joining them.

JOIN THE MARCH ON BLAIR MOUNTAIN

The March on Blair Mountain builds on the energy of Appalachia Rising, which brought thousands to the streets of Washington D.C. last September, and spread to Kentucky where dozens occupied their governor’s office for justice in their state and the region last February.

Now we are bringing the movement to Blair Mountain.

Thanks for all you do.
For the mountains,
Rising Tide North America
http://risingtidenorthamerica.org