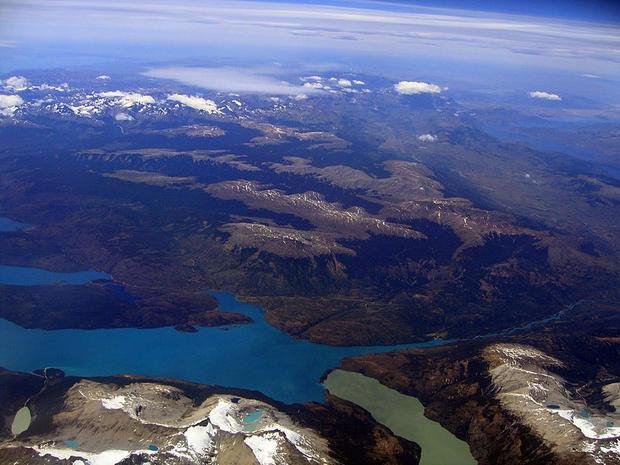 Aerial view of part of Patagonia.

A $7 billion dam project in Chile’s Patagonia that would dam two of the world’ last remaining wild rivers gained environmental approval from the Chilean government late Monday, despite protests and a growing wave of opposition.

Police used tear gas and water cannons on demonstrators outside a city building in Coyhaique, where 11 of 12 members of the Committee on Environmental Assessment of Region XI approved the controversial project for HidroAysén. As the country’s mining industry clamors for more energy, powerful groups have their sights set on pristine Patagonia far to the south of where the vast majority of mining operations are, the Atacama Desert region. Five dams, two on the Baker River and three on the Pascua River, are planned for construction and operation by HidroAysén, with almost 1,200 miles of transmission lines cutting through pristine wilderness, including some of the most stunning scenery on the planet, to transport power back north to Santiago and beyond, to the mining region. With an abundance of renewable energy potential, including continuous winds along the Pacific coast, numerous geothermal locations, and limitless sunshine in the Atacama, all eyes are on Patagonia.

Robert F. Kennedy, Jr., an attorney for the National Resources Defense Council, in the US, said: “It’s the most beautiful place, I believe, on the planet. I don’t know any place like Patagonia,” the Associated Press reports. Opponents of the project fear approval of the project will open the doors for more dams on more rivers, with more development in the region affecting forests and wilderness. Douglas Tompkins and his wife, Kris, using much of their money obtained from their Esprit, North Face, and Patagonia clothing lines, along with The Conservation Land Trust, have created Parque Pumalin, a sprawling nature reserve attracting 10,000 visitors each summer. It spans a section from the Argentine border to the Pacific Ocean, encompassing more than 700,00 acres and has been declared a Nature Sanctuary, granting the land environmental and non-developmental protection. “The electric law in Chile is so skewed to the power companies, virtually guaranteeing inefficiencies and monopolies, that it is counterproductive to the interests of citizens and certainly counterproductive to the health of nature,” Tompkins said, AP notes.