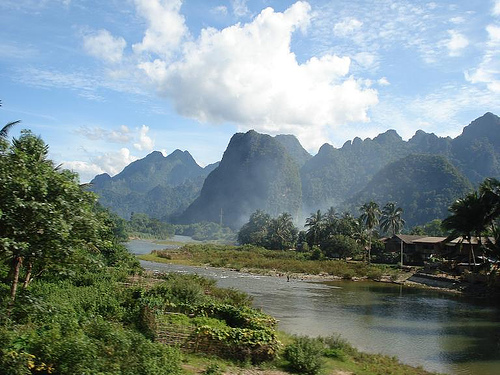 A series of dams proposed along the Mekong River threaten 41 fish species with extinction and puts the livelihoods of nearly half a million people at risk.
The Mekong River is facing its greatest threat ever. Next week, the governments of Laos, Thailand, Cambodia and Vietnam will meet to decide whether to approve the first-ever dam planned for the lower Mekong mainstream, the Xayaburi Dam. The implications of this decision are serious and irreversible.

The Mekong River – known locally as the “Mother of all Rivers” – is the world’s largest inland fishery. This fishery constitutes the primary source of protein for the majority of the basin’s 60 million inhabitants, many of whom are subsistence farmers. To harm the fishery is to harm the food security of the region’s poor.

Yet Mekong governments are proposing a series of 11 dams on the Mekong mainstream. These impenetrable walls would block the migration of fish and profoundly disrupt the river ecology, sounding a death knell for the Mekong’s productive fisheries.

Fisheries experts agree that the Xayaburi Dam alone would threaten 41 fish species with extinction, including the iconic Mekong Giant Catfish – a fish the size of a large dolphin. A Mekong River Commission review found that the six dams proposed in this stretch of the river would result in fisheries losses equivalent to nearly half of the entire yield for the country of Laos. While the exact loss associated with the Xayaburi Dam is unknown, the review states: “Experience from other areas suggests that most of the loss would be associated with construction of the first dam in the cascade.” With the majority of the basin’s population dependent on the river’s resources, the loss would place the livelihoods of nearly half a million people at risk.

Read the rest of the article here.
]]>
Posted in News.