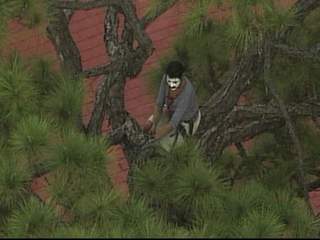 [/caption] Dressed in sad clown make-up Ana Rodriguez (Everglades Earth First!er and member of the editorial collective of the Earth First! Journal) scampered up a pine tree at Palm Beach Gardens city hall this morning. She is part of the coalition that is fighting a Scripps biotech development, which will be built on an endangered forest, in Palm Beach County, Florida. 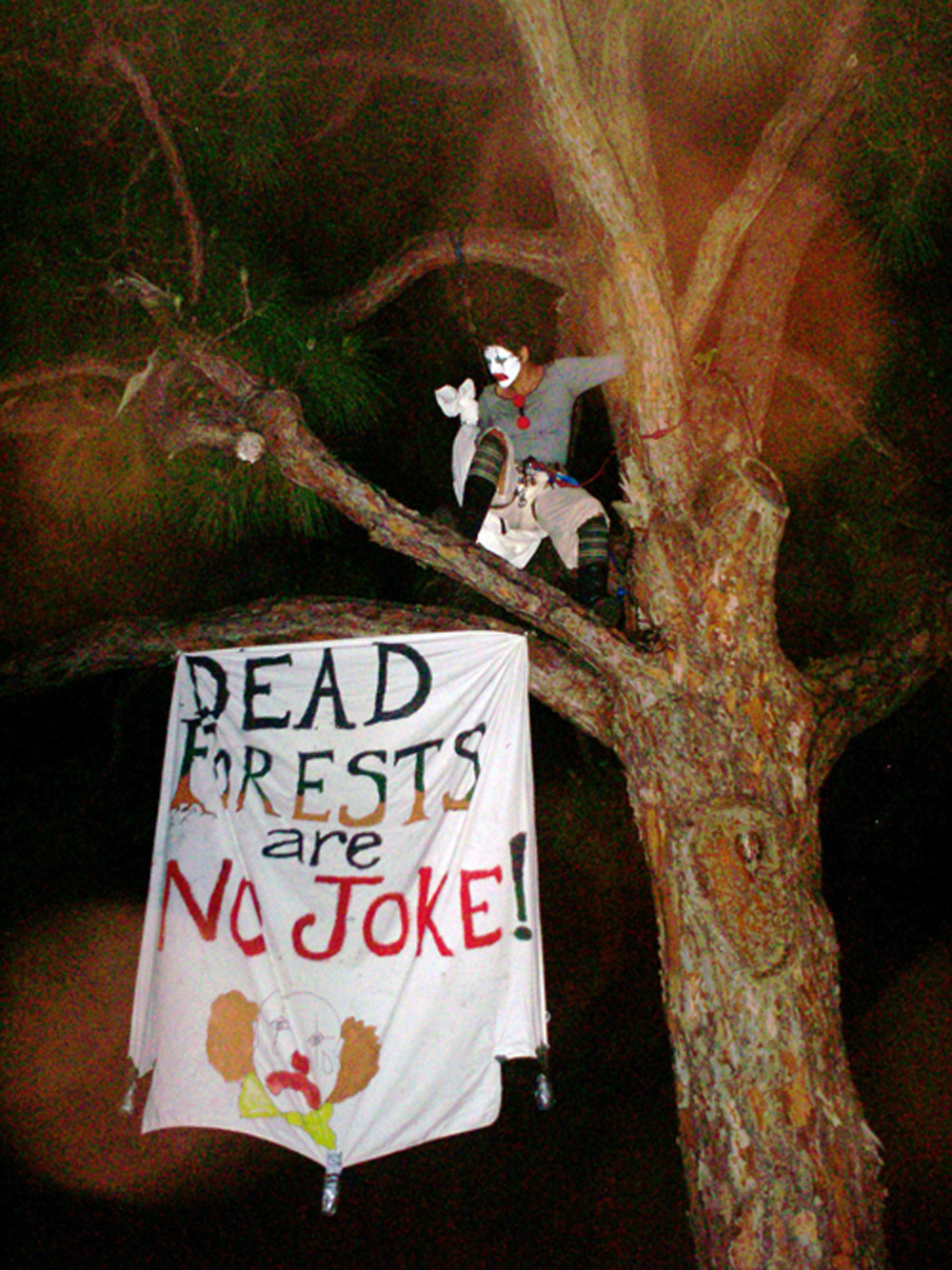 April 1st, Fool’s Day, marks the one year anniversary of the Palm Beach Gardens city council deciscion to rezone the Briger Forest for development. The Palm Beach County Environmental Coalition, Executive Committee of the Loxahatchee SierraClub and the Conservation Chair of Audubon Society of the Everglades have all taken a position against the plan to clear Briger forest. The groups join Everglades Earth First! in opposing the current Briger plan and call for an alternate plan which preserves and enhances the endangered species habitat, recreational value and educational opportunities that the forest provides. Treesitter Ana Rodriguez commented “The public needs to know that Mayor Levy and the County Commissioner have given Scripps $579 million in tax dollars to clear the Briger Forest and create one hundred jobs. That is one million per job. In this time of drastic budget cuts we call on the Mayor and County Commissioners to redirect public money into the budget, not the deep pockets of the Scripps Corporation.” The new tree-top protest comes a week after Palm Beach Gardens Police arrested two tree sitters. The Police were also responsible for cutting multiple large native pine trees down in two areas of Briger forest—one of these being an area listed as a “preserve” in the Development of Regional Impact (DRI) permit, the other being in land owned by Palm Beach County taxpayers. Several members of the group have filed public records requests for details on the reason for tree-cutting. No official response has been made by the city to these requests, and their requests for a meeting with staff have gone ignored. The activists have found that, according to Treasure Coast Regional Planning Committee staff, cutting trees in the designated preserve area constitutes a violation of the conditions of the DRI approval, which requires a “Preserve Management Plan” that will “enhance and restore” habitat. Activist have 10 foot branches and large stumps from the felled trees with them at City Hall and plan to rally later today from noon – two. The group asserts that the fight to protect Briger is gaining momentum, similar to the 2006 effort that resulted in Scripps being forced off Mecca Farms due to environmental impacts. A group member Panagioti Tsolkas commented that “More and more people are realizing the importance of protecting the endangered species on the Briger Forest. We get calls daily from people who want to participate in our efforts to protect the Briger Forest.” In 1990, Palm Beach County’s Environmental Resource Management (ERM) selected the Briger forest as a candidate for preservation through a bond to purchase land for protection. At that time, it was called Indian Creek Flatwoods eco-site #23. While it was not selected in the final purchases, it was recognized to be valued as endangered species habitat by ERM, over 20 years ago. For more photos and background, visit www.ScrapScripps.info ]]>