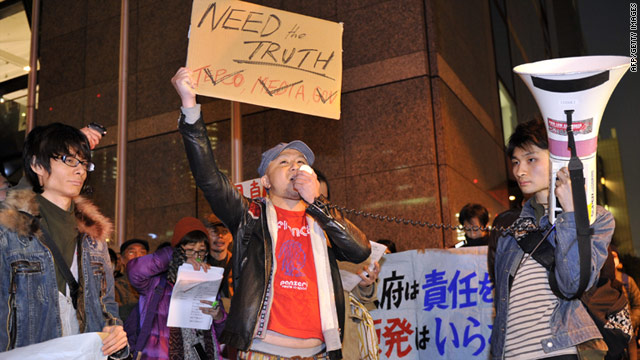 The company said smoke was detected in the turbine building of reactor No. 1 at the Fukushima Daini nuclear power plant around 6 p.m. (5 a.m. ET).

Smoke could no longer be seen by around 7 p.m. (6 a.m. ET), a company spokesman told reporters.

After the dual disasters, Japanese authorities also detected cooling-system problems at the Fukushima Daini plant, and those living within a 10-kilometer radius (6 miles) of Fukushima Daini were ordered to evacuate as a precaution.

Protest
Hundreds were protesting on Wednesday outside the Tokyo headquarters of Tokyo Electric Power Co , the operator of the earthquake-crippled Fukushima nuclear plant in northeast Japan.

The Japanese Nuke Meltdown is being equated to Chernobyl in terms of plutonium release. See the video here.
[youtube=http://www.youtube.com/watch?v=ZLK9xy2frsY&feature=player_embedded]