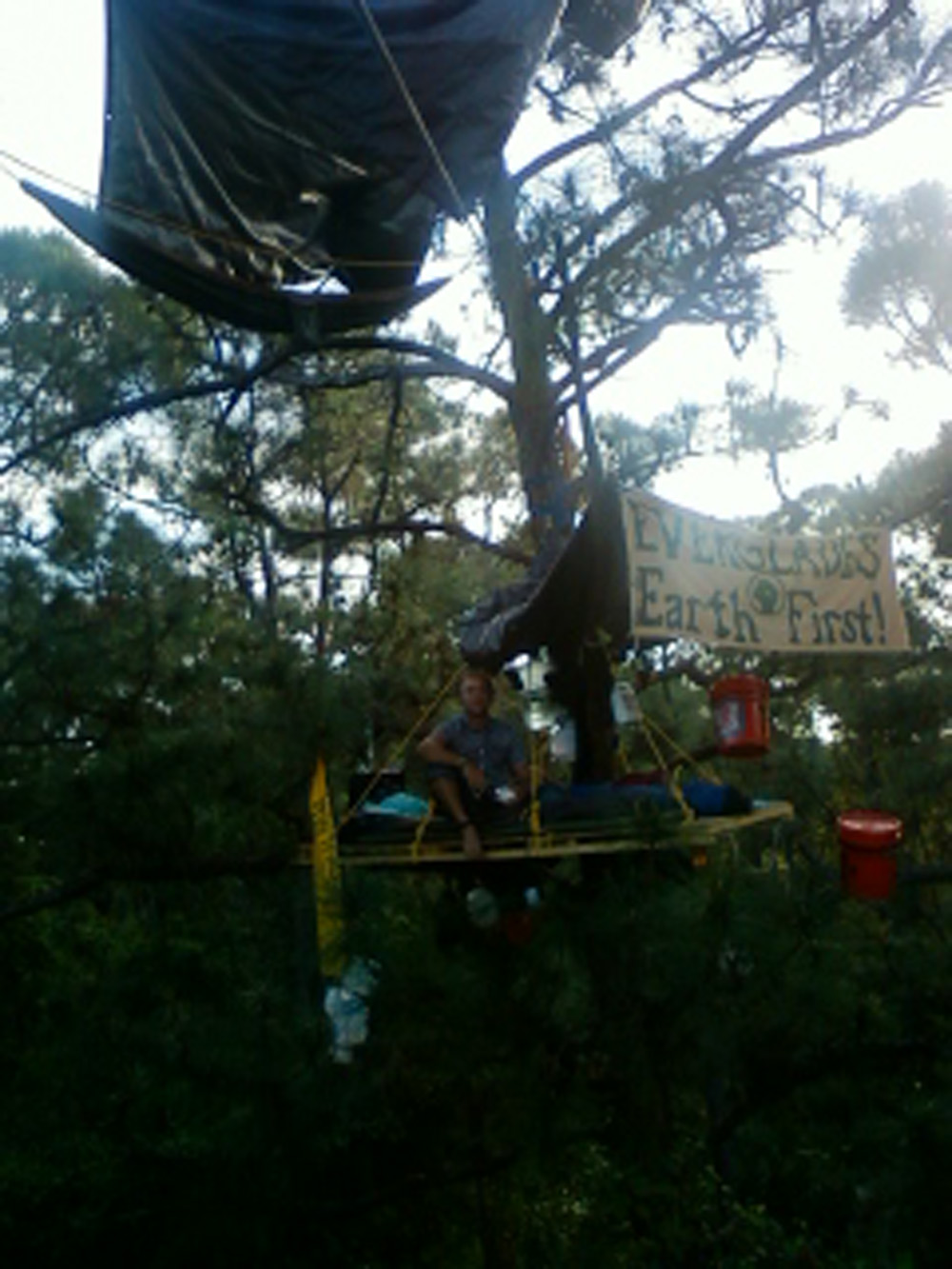 Hanging out in defense of the wild and against the corporate ownership of life.

The canopy occupation in the Briger Forest to hault the destruction of the endangered habitat at the hands of a Biotech development is celebrating its one month anniversary.

The occupation includes two separate sites in the forest, one along side of Interstate 95 to garner public attention and one in the section of the forest specifically designated for the Scripps Biotech and vivarium labs.

“It has been a long, but rewarding month.” commented treesitter Rachel Kejewski via phone from her treetop encampment “The Briger Forest is critical habitat for endangered species, it is one of the last forests in the eastern corridor from Palm Beach County to Miami.  Scripps was given $579 million in public funds for their development.  Scripps might have deep pockets, but we have the courage and grit to protect this forest.”

Scipps Biotech Development of the Briger by the numbers*: