Genetically Modified Salmon “ready to eat”
In a landmark decision, the FDA declared AquAdvantage Salmon safe to farm and eat. GM salmon grow at twice the speed of their natural counterparts, increasing profits to those who farm them, but a coalition of 31 US consumer, animal welfare, environmental and fisheries groups that opposes the decision says that the salmon will breed and destroy their natural predecessors. They also have increased levels of carcinogenic growth hormones in their blood and are often produced with misshapen heads and bodies making one wonder about the ethics of producing these animals. Some say that the ruling opens the floodgates for GM talapia and trout, which will have similar problems.

Death of Biodiversity
In point of fact the ethics of GM return to the destruction of the Earth. Every year the US kills off massive quantities of invasive species introduced to bioregions through global trade, such as Asian Carp (which according to scientific experts pose no threat), and it kills all life in its rivers from rising “Dead Zones” caused by nitrogen-rich fertilizer and manure.

To replace these important ecosystems, it produces fake life through genetic modification in spite of repeated evidence like this recent study that organic food is healthier and tastier. As GM food replaces natural food and humans continue to obliterate natural biodiversity, the top leaders of the “Free World” claim that bio-piracy, or the stealing of GM crops, is paramount among current problems.

Bio-piracy and Progressive Initiatives in the Global South
India’s rich traditions of agricultural life in Punjab and other places was completely supplanted by the directives of the IMF and World Bank to use GMO seeds made by corporations like Monsanto, driving environmentalists like Vandana Shiva to proclaim that the real bio-pirates are the international forces of capitalism. In a statement to The Hindu today, current Union Minister of State for Environment and Forests Jairam Ramesh proclaimed recently, “Biopiracy is one of the biggest threats and concerns for India. Recently the U.S. tried to get the patent of our basmati rice with a different name. There are many other products of neem and haldi, of immense value, facing similar threats.” India is trying to protect its cultural heritage by creating a ‘traditional knowledge digital library,’ going to villages and documenting in writing what has been passed down by word of mouth for centuries. For the first time ever, India is also creating an interstate “Biosphere Reserve” with the intention of protecting the integrity of the complete bioregion of the Shivalik, which ranges through the states of Punjab, Haryana, Himachal Pradesh, Jammu and Kashmir and Uttarakhand.

Environmental Movement Growing Throughout the World
The Indian environmental movement is growing in strength, and has recently capsized Vendata’s plans to mine in a sacred indigenous ceremonial site. Protests swell in other regions against the Nirma plant in Mahuva, which are expected to spread to 25 other coastal sites irreparably harmed by industry. Other regions throughout the world have been protesting industry and environmental damage, including Lebanon, where a protest last weekend marked locals’ dissent against a new rock quarry in Jabal al-Rihan.

New Setbacks
Unfortunately, the more power the environmental movement gains, the more repression it faces everywhere. Yesterday, Angelo Vassallo, mayor of the southern Italian city of Pollica, was slain by gunmen who riddled his car with bullets. The killing was likely linked to his work against illegal development and his protection of the environmentally sensitive region of Mezzogiorno. This kind of repression has been felt all over the world by environmentalists seeking to make a difference.

In the meantime, the government of Sweden has decided to import wood from Liberia’s notorious rubber plantations to provide fuel for biomass energy plants. One of the weirdest false solutions to climate change, biomass energy simply replaces dirty coal with dirty wood (ever heard of burning rubber?), providing less energy with as much pollution and cutting down rainforests rich in biodiversity. Many of the trees burned for biomass energy are genetically modified, and seeds often spread far beyond the tree plantations. The process of colonization continues, but so does the struggle.

The Struggle Continues
In spite of repression and uphill battles, environmentalists working within the system have made strides this year against fossil fuels, industry and development. In a recent declaration, Secretary of the Interior has put a hold on offshore drilling in the Alaskan Arctic. Meanwhile, word is spreading about the environmental dangers of fracking and regulations in Europe and Eurasia are becoming tighter. In the meantime, Greenpeace has enlisted the support of 500,000 people in fighting against the supreme networking site, facebook, by creating a facebook page against the usage of coal. And finally, the new Colorado wilderness bill continues to wind its way through congress slowly. The bill bears the potential to protect protect public lands around Telluride by expanding the existing Mt. Sneffels and Lizard Head Wilderness areas, establishing the McKenna Peak Wilderness, creating the Sheep Mountain Special Management Area along the alpine ridge between San Miguel and San Juan counties and prohibiting oil and gas development in Naturita Canyon. 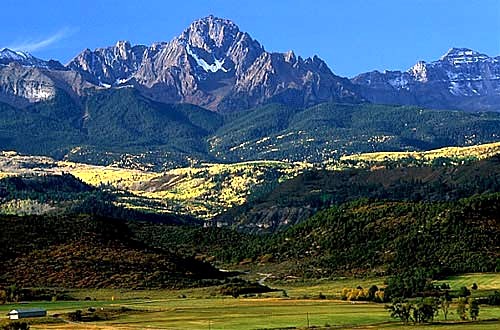 A Place for Direct Action
Even as environmentalists make strides working within the system, thanks to the democratic voice of millions flooding the streets all over the world, the environmental movement has yet to make the change needed to stop climate change and conserve wild spaces. As long as dams and weapons facilities stand hand in hand, you will find a monkey wrench near by. As long as the government orders farmers to slaughter native species while farmed animals continue to be tortured, liberation will be the order of the day. Direct action is an unmistakable part of the struggle for inalienable rights of the Earth, and it won’t stop until those rights are afforded.