On August 3, 2010, Rod Coronado was sentenced to four months in federal prison for allegedly violating the terms of his probation, i.e., for “associating” with Earth First! cofounder and former Greenpeace U.S.A. Director Mike Roselle, by accepting his “friendship” on Facebook, and for accessing an unauthorized computer outside his home. (There is no current evidence that the FBI surreptitiously surveiled Mr. Coronado’s Facebook account. Mike Roselle is a prominent environmental organizer and author, active most recently in the campaign to ban mountaintop removal coal mining in Appalachia.) 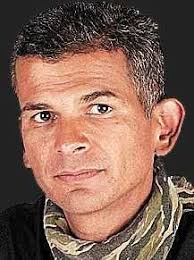 The probation terms Mr. Coronado is said to have violated were not related to his most recent case, which resulted in a hung jury and a plea deal in 2008. In that case, a San Diego jury declined to convict Coronado for answering a question after a talk in which an audience member asked him how incendiary devices were made. (Coronado answered generally while holding up a jug of apple juice from the concession table; the government’s own presentation at trial contained far more detailed and accurate information.)

One probation term Mr. Coronado was accused of violating (the association term) was left over from his federal conviction in Arizona in 2005 for trying to disrupt a mountain lion hunt through peaceful means. The other (the computer monitoring term) was added by a federal judge in Michigan after Coronado moved there to help raise is son. The San Diego judge did not impose any computer conditions on Coronado, and had also told him he was free to associate with Earth First!ers, in part to spread the message that his views on activism had changed.

In August 2006, Mr. Coronado wrote a Statement from Prison renouncing property damage as a tactic and advocating social change through other means. He wrote, in part: “What our world needs now is a whole lot more love and a lot less violence. Nothing in this world will change overnight. But if we live peace and teach our children well, they might still inherit a world better than ours.”

Mr. Coronado has not veered from this message. He is not accused of any crime. He has been allowed to self-surrender to begin serving the four month sentence locked away from his children, his partner, and his community. His three year term of probation will begin anew upon his release.

Ben Rosenfeld is a San Francisco Civil Rights Attorney and Board Member of the Civil Liberties Defense Center based in Eugene, OR (www.cldc.org).