Tristan Andersen is back in Berkeley, home with his family in the Sierra Foothills after being hospitalized for a long time. He still hasn’t regained the operation of the left side of his body, and needs to work on cognitive recuperation, but he has taken heroic strides since being shot in the eye with a tear gas canister at a protest against the Israeli wall. To send his support team an e-mail, click here 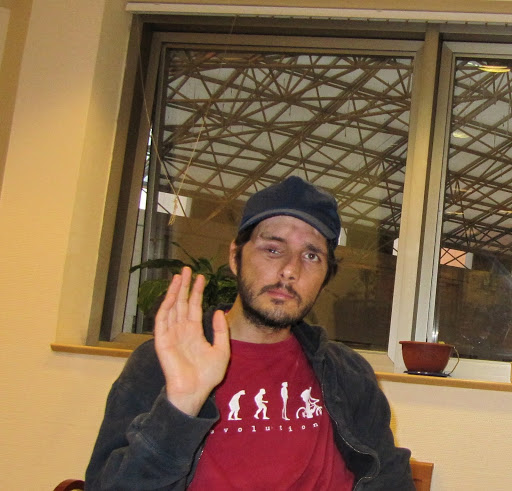 There’s a protest going down in San Francisco today as part of the Seize BP movement. Seize BP is a nation-wide mobilization calling on the government to seize BP’s assets and redistribute them to workers suffering from the consequences of the oil spill in the Gulf States. To find more dates for protests in cities across the US this month, click here

Also today, Moveon.org is planning a national day of action against BP. Check out events in your location at this spot

Another protest occurred at the Rwandan embassy in Washington D.C. to protest the incarceration of Dr. Erlinder, a professor of law and representative of Rwandan opposition leader, Victoire Ingabire. Rwanda’s President has lead recent efforts to greenwash Africa’s environmental exploitation while systematically oppressing all opposition to his rule.

If you’re in Kentucky, why not swing by the public hearing about EKPC’s proposal to dump coal ash from the Smith plant into tributaries of the Kentucky River. Your voice is needed to speak up for clean drinking water and public health. The hearing will start at 7:00 at the Clark County Extension Office at 1400 Fortune Drive in Winchester (easy to get to from Interstate 64). Show up early to get a good seat. Also, there will be a limited number of free mercury tests for attendees. Kentucky already has a fish consumption advisory for every waterway in the state due to mercury contamination. Find out what your mercury levels are. Contact Sara Pennington if you’d like more information: sara@kftc.org Contact Ondine Quinn for carpooling information from Lexington: ondine@kftc.org

In international news yesterday, a court in Bhopal, India, finally ruled that Union Carbide India, Ltd. and seven of its officials are guilty of criminal negligence in the world’s worst industrial disaster. During the night of Dec 2-3, 1984, tonnes of poisonous chemical gas leaked out of a Union Carbide pesticide plant killing about 3,500 instantly and thousands over time. The seven held accountable for the negligence that caused the massacre were sentenced to two years’ imprisonment and then released on bail. Since the disaster, 45 tonnes of toxic waste have been cleaned up, but about 325 tonnes remain.

Today, activists in Oaxaca, Mexico, are attempting to break a paramilitary blockade that has kept supplies and international aid from entering the state, which is among the poorest in Mexico. Oaxaca is composed mostly of indigenous peoples subsiding through cooperative farming and mutual aid in a very ecologically lush and diverse region. Multinational corporations have been trying to invest in the region to exploit the environment and the people for profits, but resistance movements like the EZLN, La Otra Campaña and the revolutionary solidarity movement that sprung from a teachers’ strike in 2006 have helped to secure autonomy for the inhabitants of the region.

Don’t forget, the Cascadia Forest Defenders are throwing the best damned regional rendezvous this side of the Rockies this weekend. The West Coast Earth First! Rendezvous and CFD Action Camp converge this June 11th through 13th. 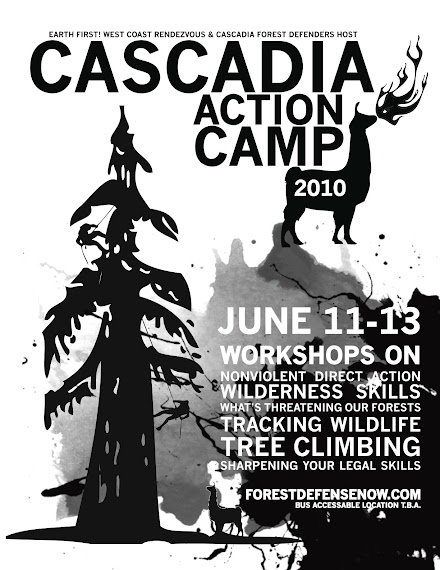 PS, if you live in California and feel like voting, Yes on Prop 15!