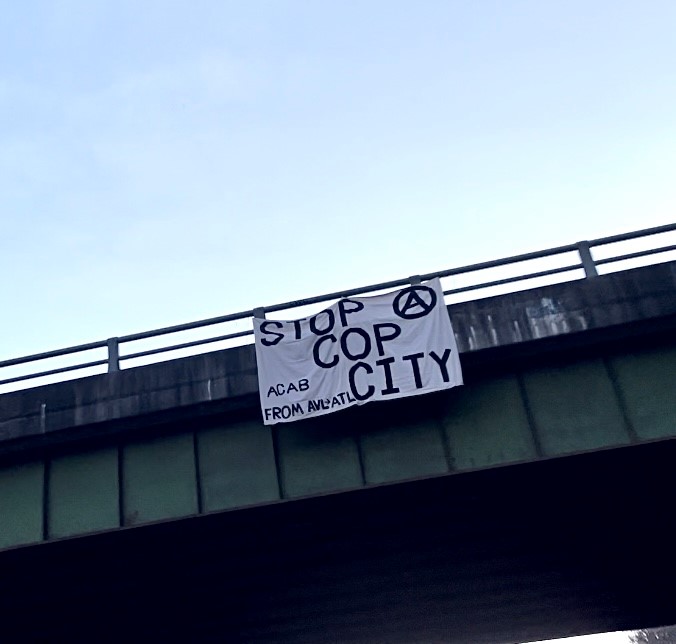 On the morning of December 27th, two banners were dropped over interstate 40 in so called Asheville, North Carolina to show unwavering support and solidarity with 6 comrades in Atlanta Georgia that were arrested and charged, most notably, with domestic terrorism while defending Weelaunee forest from capital development and state violence. We stand militantly against capital interest to further the rapid gentrification of South Atlanta and development of the entertainment industry. We stand militantly against the states interest in providing tactical training to its agents (as well as international agencies) to repress growing opposition movements that will be forthcoming as a by product of the disintegration of capitalism and state legitimacy. We hope this small act of solidarity kindles a fire and rage in others to stare into the eyes authoritarians, fascists, and oligarchs alike, and to negate them by any means necessary.