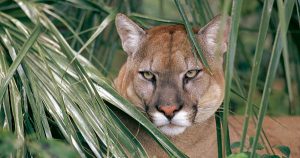 from the Center for Biological Diversity

The Mosaic Company wants to mine a large swath of land in the middle of beautiful DeSoto County. Mining in the area would seriously degrade this precious place and put communities at risk. It would also hurt many imperiled species — including wood storks, eastern indigo snakes, gopher tortoises, sandhill cranes and Florida panthers.

Mosaic has a long history of destroying nature in Florida. The company’s New Wales facility, less than 100 miles north of the proposed Desoto County mine, has already suffered four major sinkholes. The latest one dumped 215 million gallons of acidic wastewater — and an unknown quantity of the radioactive waste byproduct phosphogypsum — into the Floridian aquifer in 2016.

County commissioners already denied Mosaic once, but the company is back for another shot at mining DeSoto’s idyllic, rural landscape.

Can you come out to the county’s phosphate mining workshop on July 27 at 9 a.m. to testify against this harmful project and protect people and wildlife?

The Center for Biological Diversity is mobilizing people to attend and provide comments about plans to expand Mosaic’s phosphate mining operations.

You can also help spread the word about it using this link.

Photo of Florida panther by The-Beaches-of-Fort-Myers-and-Sanibel/Flickr.