by Jim Waterson / The Guardian Extinction Rebellion protesters have smashed windows at the London headquarters of Rupert Murdoch’s media company, in protest at his outlets’ coverage of the climate crisis.

Activists targeted the News UK building next to London Bridge station early on Tuesday morning, destroying glass panels and putting up posters reading “tell the truth” and “40 degrees = death” next to the entrance used by journalists at the Sun and the Times.

Extinction Rebellion said it was taking nonviolent action to highlight the way that the record-breaking heat in the UK was being treated as an upbeat story in parts of the media.

A spokesperson said: “Instead of warning readers of the increased risks from such heatwaves as the climate crisis intensifies, the Sun chose to cover their front pages in images of women in bikinis, beachgoers and happy toddlers with ice-creams.” 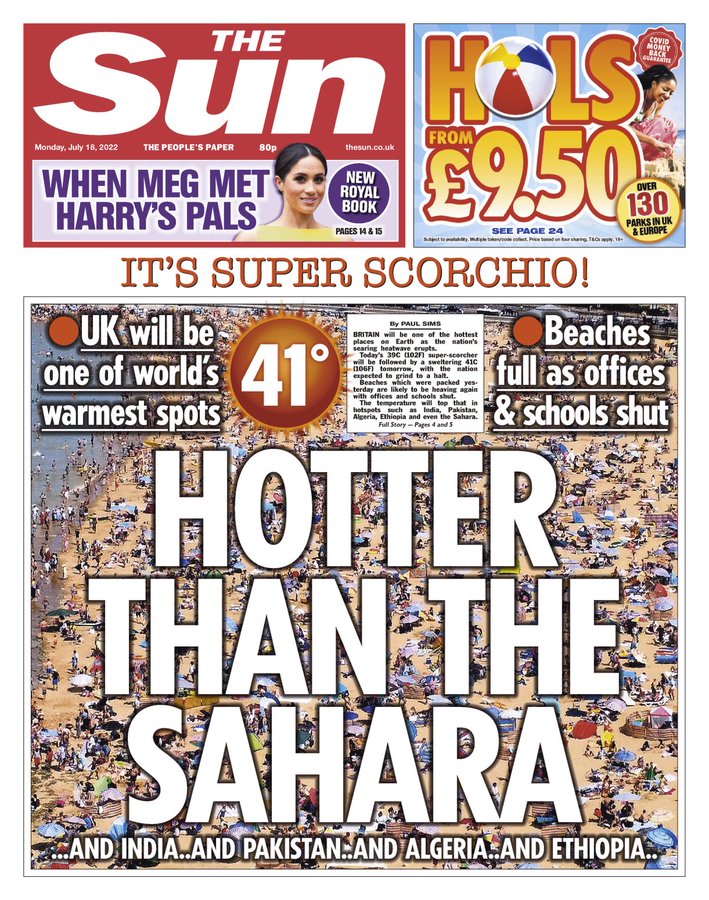 They also criticised Monday’s front-page headline in the Daily Express, owned by rival newspaper publisher Reach. It featured the words “It’s not the end of the world! Just stay cool and carry on …” over a picture of the union flag. 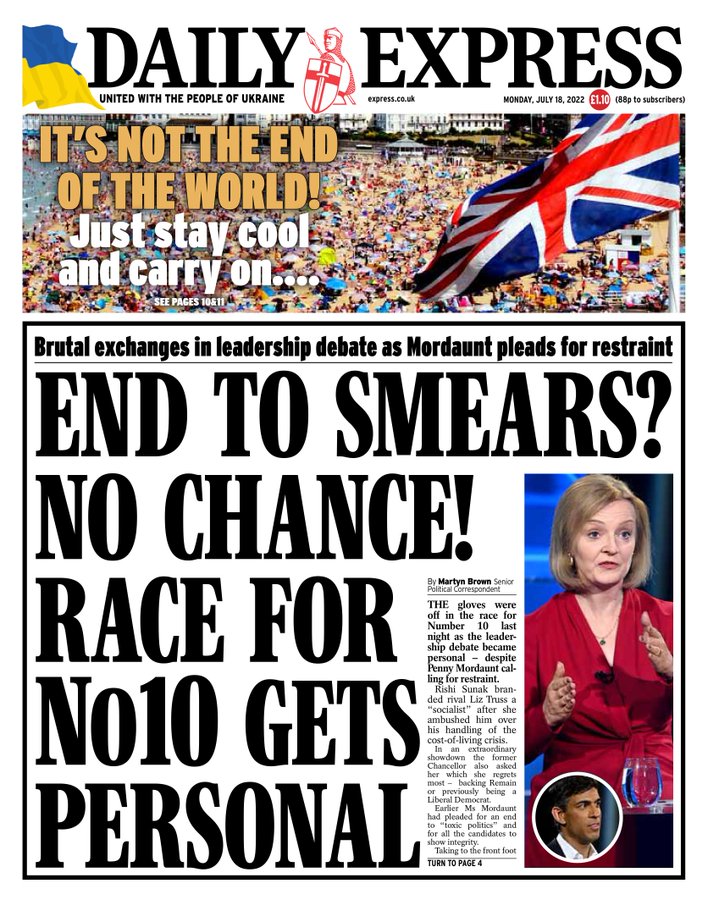 Extinction Rebellion protesters have previously held protest marches outside the News UK building. In 2020, they also successfully blocked printing presses used by Murdoch’s News UK and other newspapers, disrupting distribution of titles such as the Times and the Sun.

Climate change has been a contentious topic within Rupert Murdoch family, with his son James issuing a strongly worded statement in 2020 criticising “ongoing denial” among the company’s Australian outlets about the impact of climate change.

Murdoch’s other global media interests have adopted more stridently sceptical positions on the climate crisis. They include the Fox News channel in the US, as well as Sky News Australia and numerous newspapers in his native country.

Caspar Hughes, one of the Extinction Rebellion protesters, blamed the power of a small group of rightwing newspaper owners over British climate policy: “The biggest issue stopping government, business and civil society from responding sensibly to the climate and ecological crises is the billionaire owned media. If Murdoch, Rothermere and Dacre supported net zero Policy the rest of us would follow suit.

“Currently they are key destroyers of what little hope we have left to secure a safe, secure future for ourselves and our children. It is long past time for them to bring their power to bear as we try to stop our civilisation from collapsing in the coming decades.”