We are inviting you to take urgent action NOW to stand in solidarity with Indigenous and Zapatista communities in Chiapas. The Indigenous communities are being attacked by paramilitary forces in collusion with and support from the Mexican government. 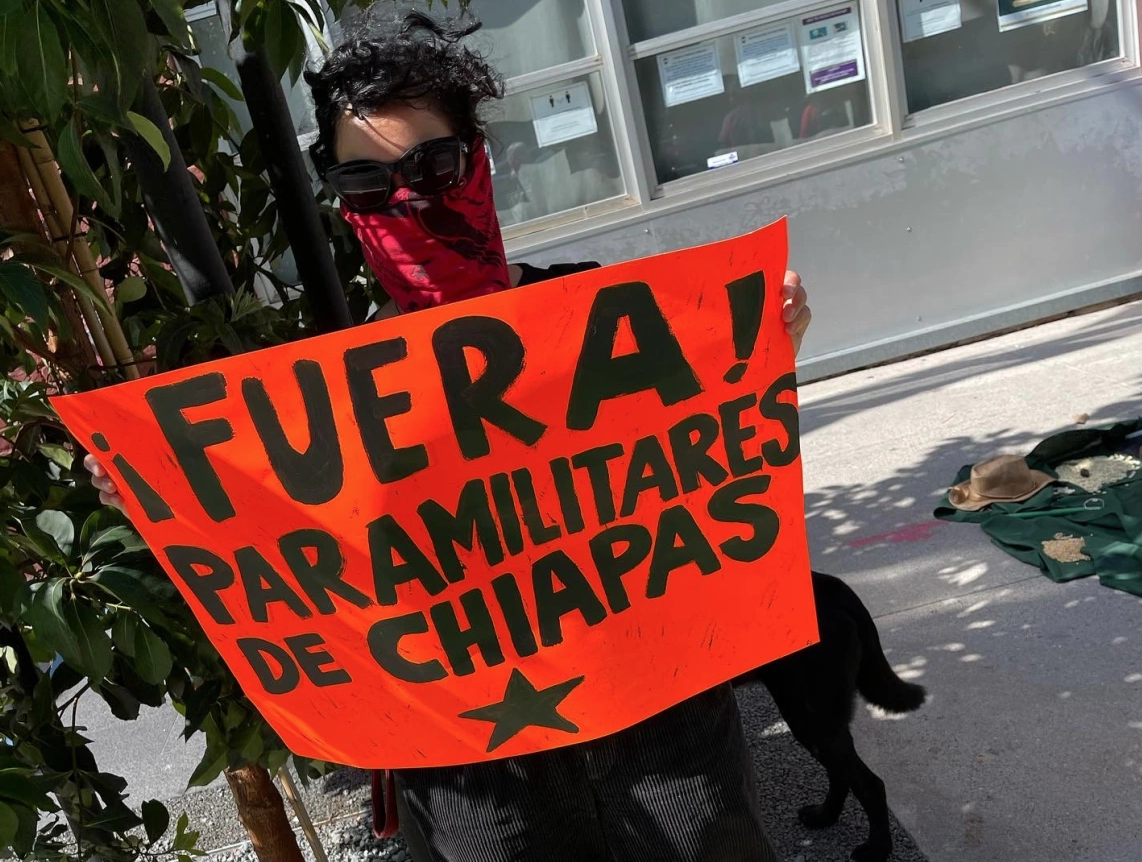 Please join us in two actions you can take with a click of your mouse:

In September 2021, the Zapatista Army of National Liberation (EZLN, Ejército Zapatista de Liberación) issued a dire warning that Chiapas was on the brink of civil war because of the ongoing violent attacks by organized paramilitary groups funded and supported by the Mexican government. The EZLN called on the Mexican government to stop the paramilitary attacks to prevent further bloodshed from taking place. The paramilitary groups have been carrying out low intensity warfare against Indigenous and Zapatista communities that has flared up in recent months. In October 2021 alone, the paramilitaries carried out over 200 armed attacks on the indigenous communities.

On Sunday, January 9, 2022, the Fray Bartolomé de Las Casas Center for Human Rights (Frayba), based in San Cristóbal, Chiapas, issued an urgent warning that just in the last 72 hours there have been 36 armed attacks against the communities of Chivit, Stzelejpotobtik, Yeton, Xuxchen, Tabac, Juxton, Coco and the municipality or county capital of Aldama, Chiapas. At least one individual was wounded: In the early morning of Sunday, a family on their way to work their fields was shot at and the father was hit by gunfire.

Read the Frayba report of this round of paramilitary attacks and sign the Frayba letter denouncing the paramilitary violence, too, (in Spanish only at this time), click here.

And today, Monday, January 10, 2022, Frayba issued another call for urgent action after a paramilitary group attacked the community “16 de Febrero” in the autonomous municipality of Lucio Cabañas in Ocosingo, Chiapas, that supports the Zapatistas. The paramilitaries shot up the community and beat members of a family with the butt of a firearm and abducted them. The paramilitaries disappeared a mother with her three-year old baby along with her 15 year old, six-year and 10 year old boys. Their whereabouts are unknown.

The inaction and collusion of the Mexican government reinforces the paramilitary attacks and organization that have been intensifying over the last few months. The Mexican government is using the paramilitary-driven, low intensity war as part of its strategy to displace Indigenous peoples from their lands and territories and impose capitalist mega-projects that will undermine and ruin the ecology and natural world.

Chiapas is indeed on the brink of a new level of rightwing paramilitary violence that could erupt into a broader conflict that would be devastating for the region and Mexico.

Please join us by taking two actions today to stand with the Indigenous & Zapatista communities: