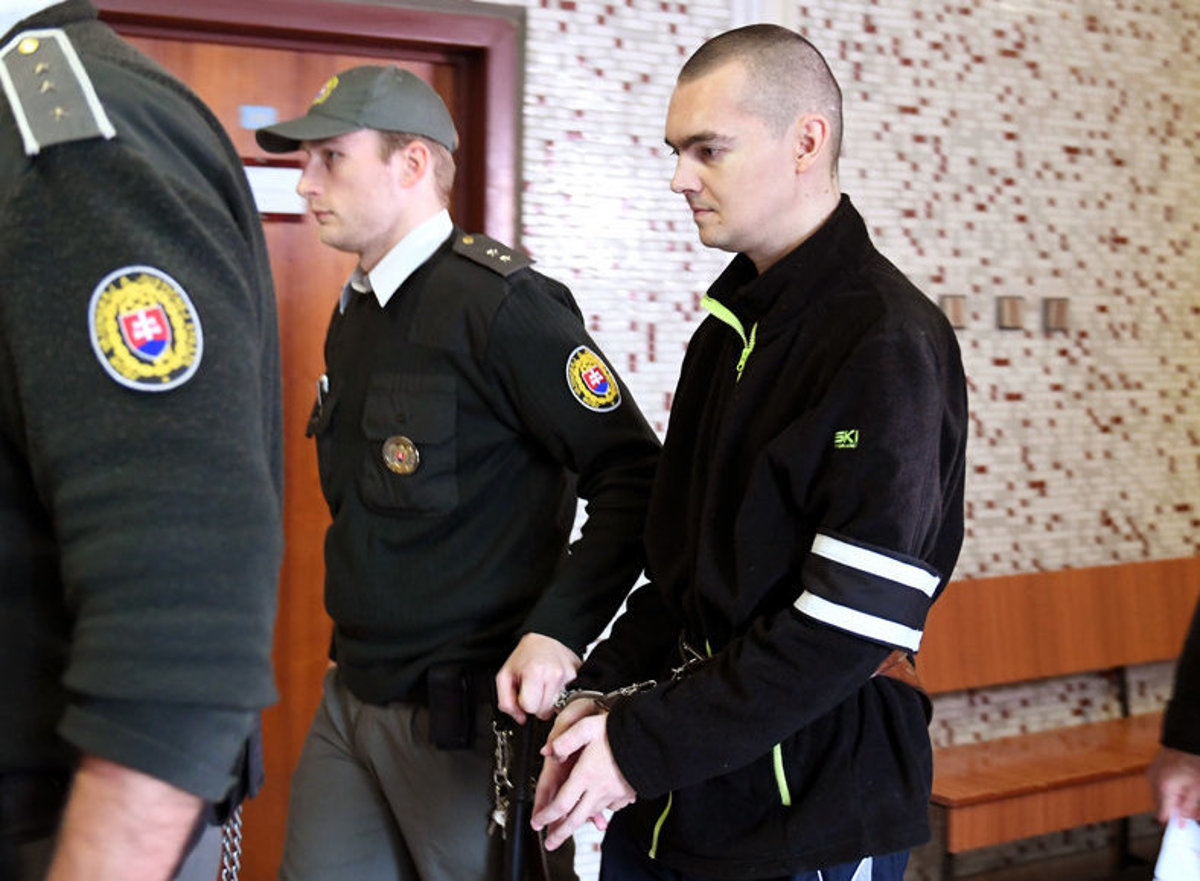 Ladislav Kuc is serving a twelve year sentence in Slovakia charged with the detonation of an explosive at a McDonalds. The police also tried to charge him with other incendiary attacks against shooting towers and threatening letters to veterinarians and vivisectors. For a long time, he suffered from abuse in prison, disregarding his mental health and forcing him into inhumane conditions. Because of his debt due to fines, he was not allowed to access a doctor for multiple years.

His situation has changed slightly as he has been transferred to a different prison. He reports that the conditions are slightly better, but he is still in need of support. Ladislav has mental health issues that have never been taken into consideration during his sentencing or his time in prison. The fact that he isn’t allowed to access a doctor because of his debt with the state is a breach of his human rights. The silence from the animal rights community and from the wider anarchist and prison abolitionist community is unacceptable, and we must change it once and for all.

After quite some time, we have managed to find a bank account where we are able to send him money to help with the fines and his needs in prison. He still owes almost 8000 EUR, and whilst his family sends some money every month, he only received 50% of it as the government takes the rest. We have kept a float of 1000 GBP aside purposely to send to Ladislav as soon as we found a way to do so and we will be sending that money next week. Until then, if you are able to, donations to Unoffensive’s PayPal will be redirected to that fund.

Ladislav likes metal and goth metal music, has a nephew who was just three months old when he was taken to prison and who he has barely managed to see over Skype in the past few months. His level of English is low, but he is completely able to communicate via letter, and you should most certainly write to him!

This is what you can do to help:

1- If you can afford it, pop a donation over PayPal with a “Ladislav” on the notes. We will be sending money next week.
2- Get together with your animal rights group, tab group, protest camp, anarchist black cross, literally anyone, and organise solidarity fundraisers and letter writing days.
3- Write a letter yourself, this evening, and get it sent!
4- Share and spread the word. Ladislav has gone unnoticed for a long time. We should change it
5- Ideally from Slovakia, Ladislav needs a supporters group. A website, people in contact with the barrister and the family, news fro prison coming out and most importantly, emotional support. If you think you can help organise that support crew, please get in touch. We have some information to share, and we truly believe this is vital in order to help Ladislav whilst incarcerated.

This is his address:

And if you are able to afford a donation, you can send it over PayPal to:
unoffensive_animal (at) tutanota (dot) com

Share this, let people know, help in any way you can.

PRISONS ARE FOR BURNING!