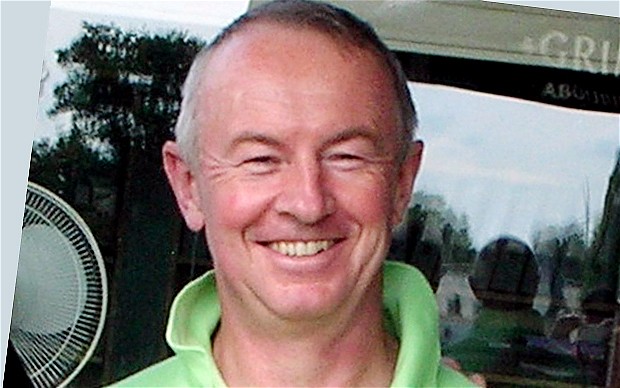 Police in Belgium are investigating the murder of a British oil executive who was shot and killed in front of his wife in Brussels in mid-October.

Nicholas Mockford, a 59-year-old executive for ExxonMobil, the world’s largest oil company, was shot dead on Oct. 14 as he left a restaurant in Neder-over-Heembeek in northern Brussels. He died on the way to the hospital, police said.

In the immediate aftermath of Mockford’s murder, a judge imposed an order on police preventing them from releasing any details on the case or their investigation. But on Thursday, authorities decided to enlist the public’s help and released a brief description of the crime.

Mockford and his wife left the restaurant at about 10 p.m., the report said. They crossed the street toward a car when an assailant approached and hit Mockford’s wife several times in the face and tried to yank her bag away, police said

A second assailant then fired three shots at Mockford who later died at the scene, police said.

Authorities were initially investigating the case as a botched carjacking, Reuters reported, but in the days following Mockford’s murder, family members said they believed he may have been the victim of a professional hit by an assassin.

A police spokesperson said officers were approaching the “difficult investigation” from several angles, after Mockford’s relatives reportedly raised fears that he had been targeted for assassination, the Independent reported.

“He was shot so calmly and so quickly, it smacks horribly of a professional hit, but we can’t fathom why,” the relative told the Independent. “He isn’t’ the type to cave in to blackmail and it just doesn’t compute.”

Prosecutors declined to say if they were investigating the case as a possible contract killing and declined to comment further on the details or circumstances of the case until the perpetrators were caught.

Mockford was a manager within the chemicals unit at ExxonMobil and had worked over a period of 38 years in Britain, Belgium and Singapore, Reuters reported.

Oil giant ExxonMobil said Friday it did not believe the murder, was linked to Mockford’s work.

“We were shocked by the tragic death of Nick Mockford, one of our employees, a fortnight ago in Burssels,” the Texas-based company said in a statement. “Mr. Mockford was a department manager at our office close to Brussels but we have no indication that the incident was work related.”

“We are investigating all different angles, and it depends on how quickly we can find elements of information,” Genevieve Seressia, a spokesperson for the Brussels prosecutor’s office said. “It’s impossible to predict how long this can take – it might be handled quickly, but could take a long time, even years.”