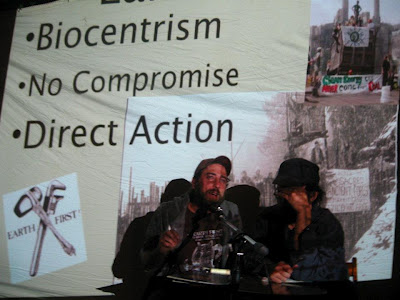 Report back from an Earth First! Journal Spring tour into the “Eurozone Crisis”

The current rate of species extinction is more than 3 per hour, and that rate of loss could reach 10,000 times the background rate in two decades.

The rate of farmers in India committing suicide is now hourly, over 200,000 documented since 1997, with the primary method of drinking pesticides….

Tid bits like these make it hard to view the eurozone clash between privatized and state-run industrialism as an actual crisis. But still, it was encouraging, in that miserably depressing way, to hear so much talk in countries like Ireland and Greece—both dragged into Euro debt-bondage with promises of high-tech modernity—about how shit is severely, deeply fucked. 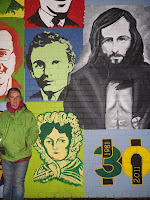 Earth First! wasn’t the only one turning 30 last year, This mural in Belfast marked 2011 as a 30 year commemoration of Ireland’s hunger striking political prisoners during the ongoing resistance to British occupation. Today, debts of the EU present yet another colonizing force in Ireland.

Maybe the chickens are on their way in to roost for Fortress Europe. And we at the Earth First! Journal were overjoyed to be projecting our slide show off the wall of the coop and peddling propaganda from the eco-resistance to the new barbarians on the fringes, in the hopes that we could be of some help in adding a new set of ruins to the junk piles of civilization.

What follows is a short overview of the stops we made, with a ton of links for further investigation, should you happen to pass through these areas looking to support the radical projects and campaigns who hosted us:

Dublin, Ireland — After a cafe night at the Seomra Spraoi social center, a dozen-or-so folks packed into the WSM office for the talk, followed by a smaller group who stuck around for a story-sharing session of epic actions and travel adventures, including someone who was involved in the blockades at Twyford Down, the initial EF! anti-road protest in the Anglo-Celtic Isles. We also had the pleasure of celebrating May Day with some of our new friends in Dublin marching in the street and drinking in the pub. 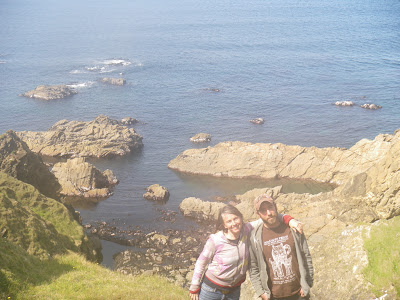 Overlooking the coast of County Mayo, near where Shell is working to operate a pipeline and refinery for transporting raw gas.

Aughoose, Ireland — After three days of work to relocate the Rossport Solidarity Camp site and sporadic road blocks at the Shell pipeline construction across the street, we made a presentation to about two-dozen folks from both the Camp (including internationals from across Europe, and us) and the local Shell To Sea group—including some of the bad-asses featured in the award-winning documentary film about the area’s resistance to Shell, The Pipe. And as of June 4th, they’ve had a new series of actions kicking off their Summer opposition. So stay tuned to the EF! Newswire for updates… 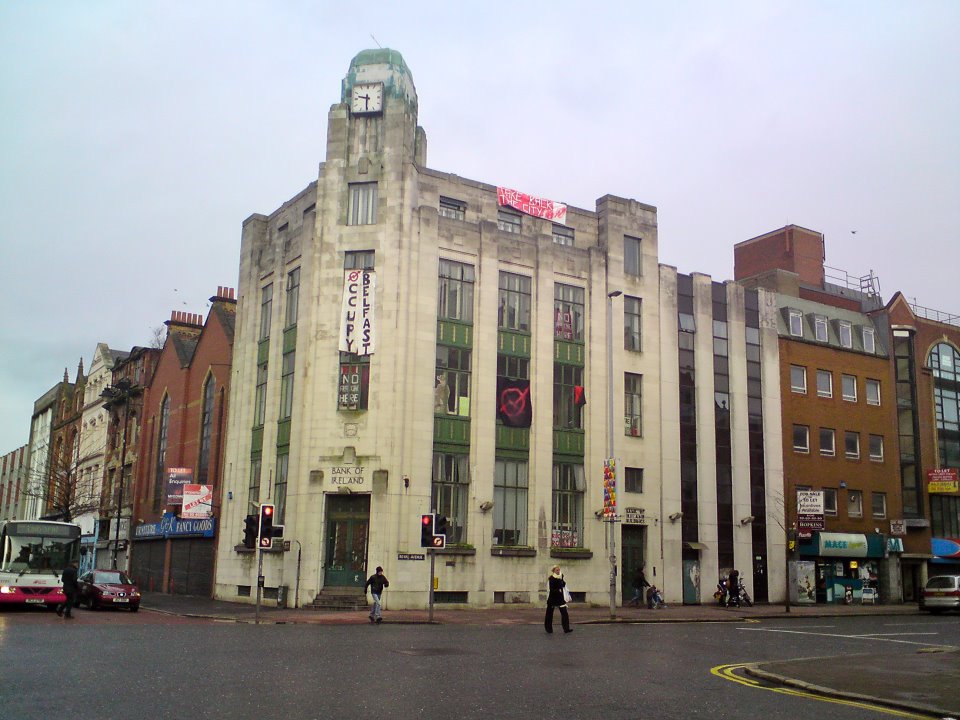 Belfast, Northern Ireland — We didn’t arrange a presentation here, but visited a squatted old bank building in the middle of downtown and talked with locals about the Occupy organizing and history of struggle against the British Empire. We dropped a stack of Earth First! Journals and EF! Newsletters in the bank-lobby-turned-social-center and headed for Scotland.

Glasgow, Scotland — Here we met with another dozen folks in a local Unitarian Church, at event coordinated by a friend and long time anarchist activist with Radical Glasgow. In attendance were veterans from the Pollack Free State, an anti-road campaign from the mid ’90s, and current occupants at the Faslane anti-nuke camp, which also has a summer of actions planned to celebrate its 30 year anniversary this year. Check out this audio file of the talk, posted by Radical Glasgow

Edinburgh, Scotland — Another dozen folks came out to the Autonomous Center of Edinburgh (ACE), where we shared the evening with the Coal Action Scotland group, gearing up for another season of resistance to open-cast coal mining in the Douglas Valley. Their stories of the battle over Mainshill 2009-2010 were truly incredible (treesits, tunnels, road bloackades, sabotage… hard to believe the EF! Journal didn’t cover this more). A very inspiring bunch there. Here’s one video, among many, telling part of the story. Keep an eye out for their campaign to get a boost from the action camp coming up July 12 – 18.

London, England — This event packed the house of a squatted cafe, with around 50 people in attendance. The location with near the long-running 56a infoshop, food co-op and community bike space (from which someone coordinated the presentation for us.) 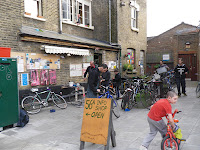 Outside 56a at bike repair station

Despite several naysayers about getting turn out for an event in the city, the crowd ended up a great mix ranging from young activists, including participants in recent Occupy activities there (check out this blog post from one such person in attendance) to longtime EF!ers from the UK action update, an editor from the former Do or Die publication and a coordinator of the Luddite 200th Anniversary events. Following a good discussion, a great evening of food and drink ensued. 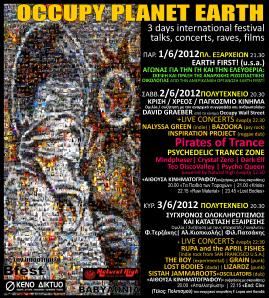 Athens, Greece — The EF! presentation here was a kick-off for the Occupy Planet Earth festival, hosted by the Void Network in the central square of the notorious Exarchia neighborhood. Exarchia is a global hub of anarchist organizing and resistance, so it was a real treat to have a crowd of around 100 people gathered to engage in dialogue about Earth First!, while several hundred others in the park were exposed indirectly to the slideshow projected on a large screen between two trees. On top of that, the presentation, which featured excellent, much appreciated translations skills, was also broadcast on a local radio station. Unfortunately, being that Athens is the bustling Mecca of radical activity, the EF! event occurred at the same time as another radical festival down the street, focused on gender and sexuality, at the amazing Skaramanga squat (where an Earth First! talk was hosted last year).

Baltimore, Maryland, USA — Back in the belly of the beast, we landed in B-more just in time for the Mobilizing and Organizing from Below (MOB) conference. The workshops was also streamed online for those who couldn’t make it over. Much thanks to Ryan Harvey for extending the invite and the fine folks at Red Emma’s bookstore (who have also hosted EF! Roadshows in the past) for pulling together a fine event.

On that note, thanks to all the venues and organizers who helped make these events happen; to the Fund for Wild Nature for supporting the Earth First! Speakers Bureau in arranging tours like this; to my awesome travel companion and life partner for sharing the workload; to family who put us up across the journey; and to my other EF! Journal collective mates who had to pick up the slack in my absence.