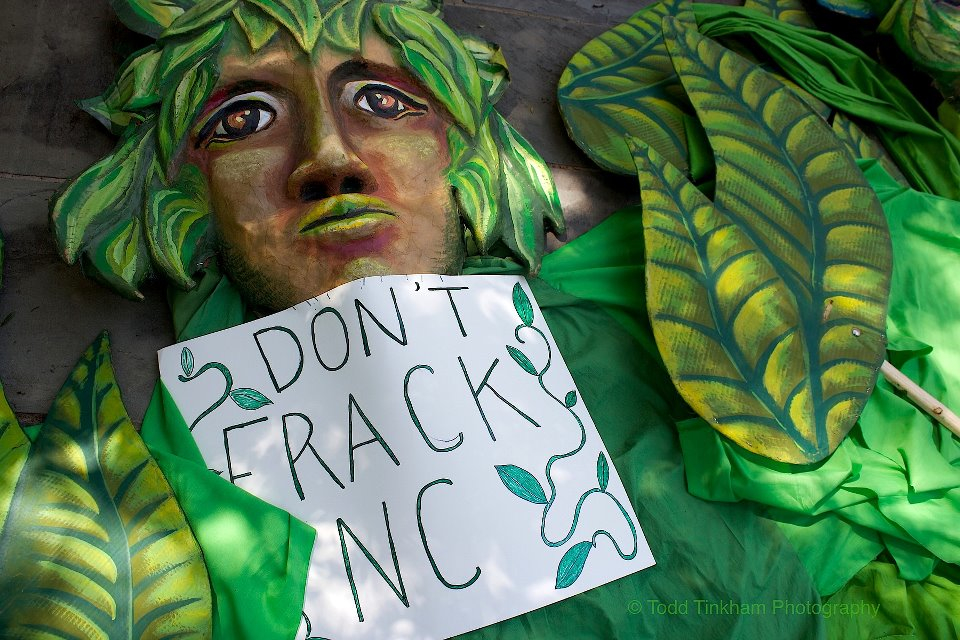 On May 19th, roughly 200 people gathered in Raleigh, the capital of North Carolina, to participate in a colorful march organized by Croatan Earth First! on Occupy Well Street’s Day of Action Against Extraction. Protesters marched through downtown with giant puppets, emulating earth spirits and elements, and arrived at the legislature where they plan to legalize fracking in the next coming months. After a talk about the importance of civil disobedience and direct action, hundreds of people recited a pledge of resistance outside the legislature promising to personally take action to stop hydraulic fracturing if it’s legalized. A sermon for the water was delivered as a coffin filled with water was presented to the legislature. A wide range of people and organizations participated in the march including Blue Ridge Environmental Defense League, Cumnock Preservation Association and Raleigh Occupy. Speeches were given by NC WARN, a representative of Red Hat, the Neuse Riverkeeper, W.A.L.L of Anson County, and Clean Water for North Carolina. Banners read, “No Jobs On A Dead Planet,” “Don’t Frack North Carolina – Earth First!,” and “We Can’t Drink Money.” Croatan Earth First! is planning to organize a direct action training camp in late summer to prepare if hydrofracking is legalized in the state.