Why not protect bald eagles? 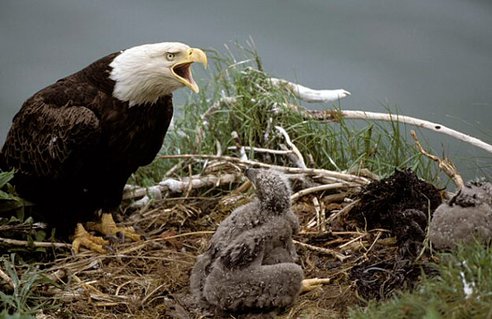 The U.S. Fish and Wildlife Service seems bound and determined to minimize protections for Arizona’s growing — but still fragile — population of bald eagles.

What a strange spectacle. What a sad waste.

Repeatedly, judges have overturned the federal agency’s odd insistence that the 50 breeding pairs of eagles in Arizona don’t fill a vital gap in the range of the birds nationally — and don’t matter enough to Native American tribes here to merit continued protection.

Now, the U.S. Fish and Wildlife Service has once again insisted the Arizona population doesn’t meet the legal requirements for continued protection.

Environmental groups and several tribes have again vowed to appeal the latest finding, which flies in the face of the almost unanimous opinion of field biologists.

The dispute dates back to 2007, when the U.S. Fish and Wildlife Service triumphantly announced that the bald eagle nationally no longer needed the habitat protection offered by its listing under the Endangered Species Act.

But critics like the Centers for Biological Diversity and the Tonto Apache Tribe argued that the Arizona-nesting birds didn’t interbreed with migratory eagles from elsewhere — and remain critical to the spiritual beliefs and cultural practices of a host of Arizona tribes.

Field biologists generally agreed that the Arizona population remains so small that drought or other drastic changes in their habitat could still wipe them out.

However, political appointees in Washington repeatedly overruled the views of the scientists in the field and denied the desert-nesting eagles continued protection — which includes a handful of pairs in Rim Country.

Fortunately, federal law still protects both bald and golden eagles from attack and harassment and the Arizona Game and Fish Department has vowed to continue funding its crucial nest watch program.

However, the delisting will make it harder to safeguard the riparian habitat on which the eagles depend. Since we have already destroyed or degraded 90 percent of our riparian areas, those precious places need all the protection they can get. Moreover, the loss of bald eagles in Arizona would deal a tragic blow to the cultural and spiritual practices of many tribes.

So we see little logic in the federal government’s wrong-headed fight to strip away protection for these extraordinary birds. After all, you don’t get a do-over when it comes to extinction.