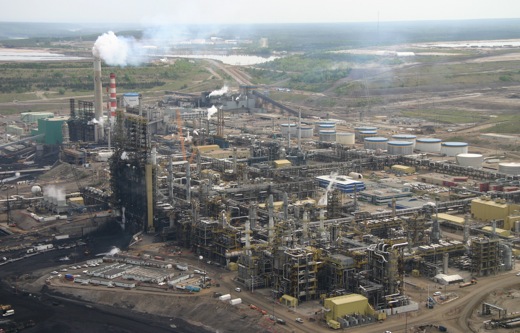 The Occupy the Machine Coalition (OTM), born out of the newly-formed Deep Green Resistance network has called, has issued an Earth Day call to action “in honor of struggles against the extraction industry everywhere; in memory of the workers whose lives were taken by BP Two Years Ago,”

OTM has called for a festival of resistance and alternatives to the fossil fuel economy, in the shadow of the Houston Valero refinery, culminating in a refinery blockade on the dates of April 19th – 24th in Hartmann Park of the Manchester Neighborhood, Houston, Texas.

OTM says it chose the location because Keystone XL Pipeline will take oil from the Alberta Tar Sands, one of the most ecologically devastating projects on the face of the planet, to be refined by Valero and other companies in Houston. These refineries are surrounded by working-class neighborhoods throughout the Gulf, bringing cancer-causing toxins directly into their backyards. The majority of the Tar Sands oil processed in these refineries will be shipped overseas, ensuring that North American oil workers and those whose rights and lives have been uprooted by these companies won’t even see any long-term benefit for themselves.

Meanwhile, two years after the Deep Water Horizon explosion that killed 11 workers and devastated the communities of the Gulf, BP has had a record year of profits. BP has escaped justice yet again in its recent legal victory against the shrimpers and fishermen who they’ve put out of work and the families of the workers who died under their watch. 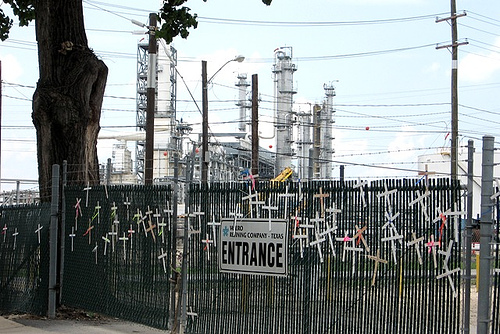 OTM, a coalition which includes area organizers, is inviting those who oppose the tar sands to build the power of our communities, amplify the voices of those most affected by companies like Valero, to blockade a refinery in the area. Friday, April 20th will be the beginning, with escalating blockades as necessary.

“Waves of support will be welcome and needed.”

Here’s how OTM’s call to action says you can participate:

“We need it all. There are as many levels of involvement and risk as there are individuals, affinity groups, and organizations willing to participate.

Not everyone will want to risk arrest by participating in the refinery blockade. That’s OK. However, many people are willing and able to take that risk. We appreciate all levels of commitment.

Contribute to the Festival: Anyone who has a desire and ability to teach a class or hold a training as part of this event should contact us. Want to present a workshop or training? Please contact our Recruitment, Training, and Personnel Committee at: otmrecruitmentandtraining[at]riseup[dot]net

Be the Media: Bring your own video camera or audio recording equipment, blog on site, bring portable wireless devices, write articles, embed reporters with us!  Interested in contributing to the media team? Contact our Communications and Outreach Committee at: otmcommunications[at]riseup[dot]net

Be the Blockade/Bring the Blockade: Come prepared with others to participate in non-violent direct action. Once you arrive, we will train you in the tactics and strategy we plan to use to sustain this blockade. Bring puppets, bring inflatables, bring signs, bring anything that could be useful.

Have general questions, comments, or not sure where to direct your query? Contact us and let us know at occupythemachine[at]riseup[dot]net!”

Also, this call to action can be downloaded in pamphlet form