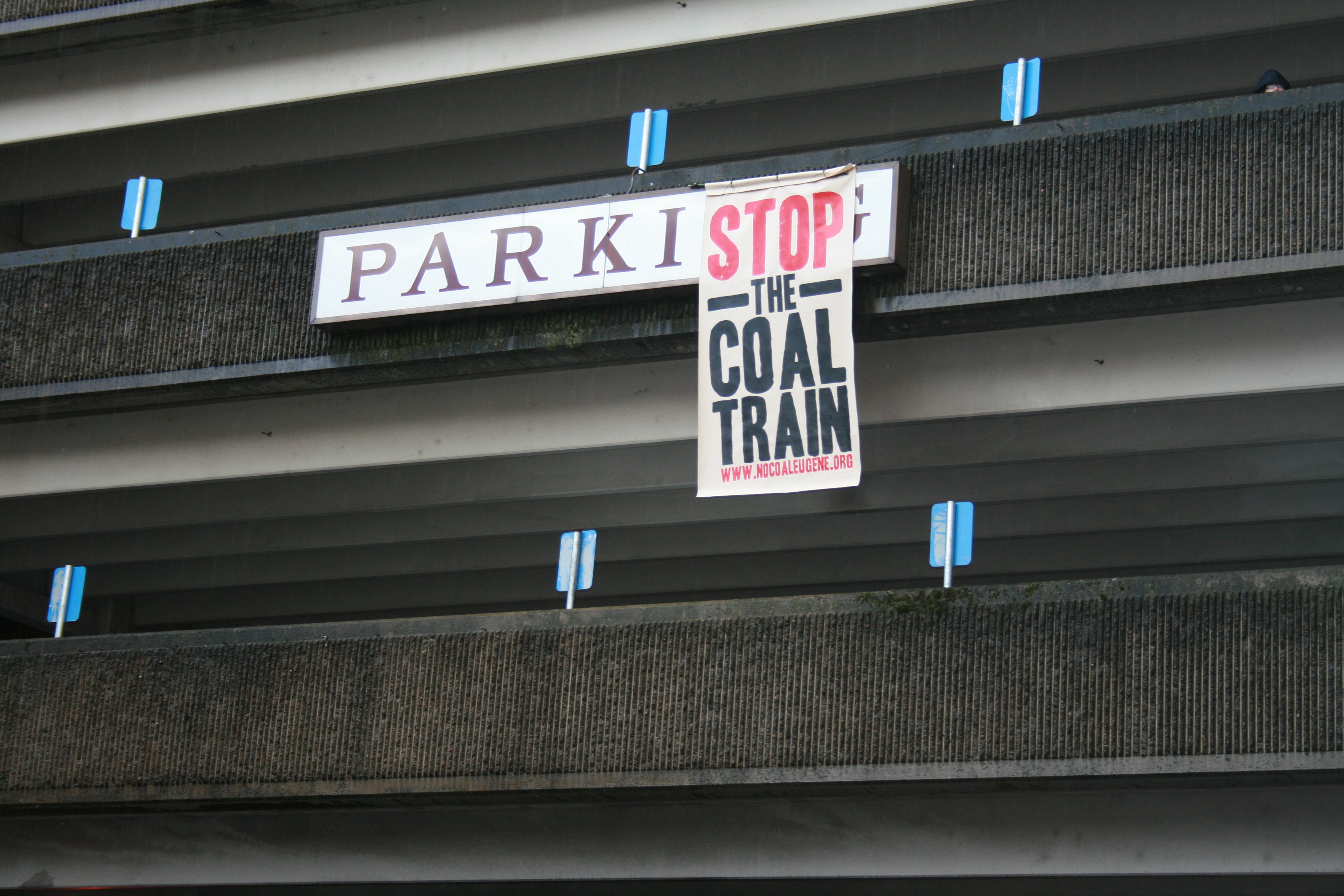 (EUGENE, Ore.) – Yesterday at approximately 1:36 PM members of No Coal Eugene dropped a banner reading “STOP THE COAL TRAIN” from the parking garage on 10th and Oak in Eugene, Oregon.

This action was done in solidarity with Rocky Mountain Powershift and to bring attention to the coal trains that will soon be coming through Eugene.

In October 2011, the Port of Coos Bay signed a contract with an anonymous company to ship coal out of their harbor. Coal will be coming from the Powder River Basin in Montana through several cities, including Eugene, to be exported out of Coos Bay to Asian markets.

An estimated 15,000 tons of uncovered coal will be on every train. The Sightline Institute estimates that 500 lbs to a ton of coal can escape from a single loaded car. With one or two trains coming through Eugene everyday, Eugenians will be inhaling an unsafe amount of coal dust.

No Coal Eugene is in opposition to the coal trains for three reasons: We support the community of Coos Bay which is already impacted by environmentally destructive industries – including strip mining, deforestation, dredging and pollution.

We are opposed to the use of fossil fuels as a non-renewable energy source because of its effect on the global climate and global health. We are also opposed to large coal companies using public money for their own profits.

We are opposed to the use of fossil fuels as a non-renewable energy source because of its effect on the global climate and global health.