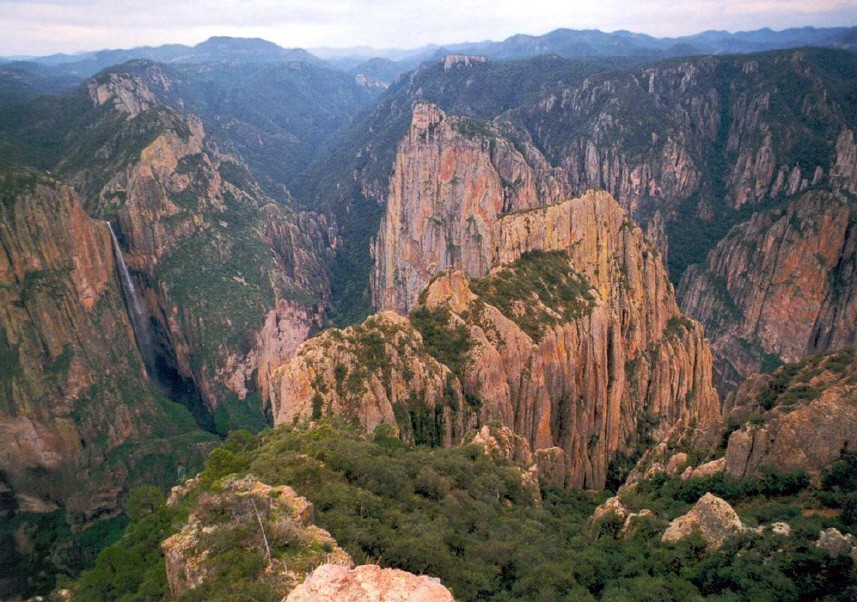 In many cities, Mexicans are responding to the environmental and hunger crises in Chihuahua’s Sierra Tarahumara with an outpouring of material aid donations and declarations of solidarity. Indigenous Raramuri leaders from the drought-stricken mountains were among rural activists who staged a demonstration last week in Mexico City, claiming a lack of government support for alleviating the worst effects of what National Water Commission chief Jose Luis Luege called “one of the biggest drought years in the historical registers of the country.”

In response to the burgeoning rural protest movement, the Calderon administration announced a series of initiatives aimed at rehabilitating irrigation systems and tapping into more groundwater.

The assistance is planned for hard-pressed rural and agricultural communities where farm land is shriveling up, where cattle are becoming fodder for vultures, and where local economies are collapsing into the dusty earth. In Chihuahua, the problem is so severe that Governor Cesar Duarte urged Mexico’s federal government not to comply with Rio Grande water delivery requirements under a 1944 treaty with the United States. The comments were reportedly made during a conversation with Environment and Natural Resources Secretary Juan Elvira Quesada last week.

“We showed the secretary our entity lacks the necessary conditions to comply with the (water) payment because we have been suffering a year of drought…,” Duarte was quoted.

Leaders of the Caravan of Hunger, the coalition of farm and indigenous organizations that organized the Mexico City protest, assessed the Calderon administration’s announced measures as a step forward but contended that the government did not go far enough in “addressing the causes of climate change.” Additionally, Tomas Ruiz of the indigenous Tarahumara Supreme Council, said no medium or long-term development projects for his homeland were in the government’s deck of cards.

For his part, a Mexican environmental researcher cautioned that emergency response programs will serve only as a short-term “band aid” solution to a water crisis in the Sierra Tarahumara and much of northern Mexico that could actually worsen by 2025.

Federico Mancera, president and founder of the non-profit Community Development and Environmental Alternatives organization, told a Mexican interviewer that decades of deforestation, livestock grazing, over-exploitation and contamination of groundwater supplies had all taken their toll on the environment.

According to Mancera, part of the problem is rooted in the emulation of an irrigation model developed in the United States in which desert lands were converted into fertile farming zones, especially during the era of “White Gold,” when cotton was the market crop of choice. As a mono-crop, cotton ultimately required large amounts of pesticides and herbicides to resist pests and competitors. Consequently, aquifers were contaminated, Mancera said.

Mancera argued that an “atypical drought” afflicting Chihuahua and other states was the result of global climate change as well as the deforestation of the Sierra Tarahumara, a region where illegal logging surged in the 20th century. The drought researcher said the current environmental disaster should be considered a “socio-natural” phenomenon since it was provoked by humans rather than Mother Nature.

In 2006, the environmental side commission of the North American Free Trade Agreement [NAFTA] issued a factual record on illegal logging in the Sierra Tarahumara. The report by the Montreal-based Commission for Environmental Cooperation (CEC) stemmed from a citizen complaint filed by Mexico’s Commission in Solidarity and Defense of Human Rights in 2000. In its factual report, the CEC found widespread negligence, irregularities and foot-dragging in the Mexican government’s handling of complaints related to illegal logging.