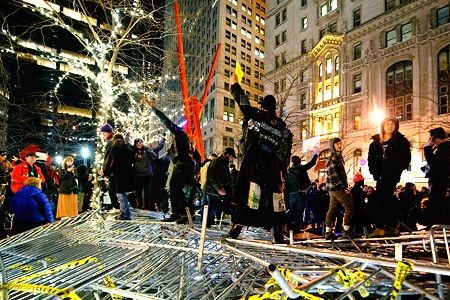 Hundreds of anti-wall street protesters have made use of the massive police presence in Times Square on New Year’s Eve to retake their former campsite at Zuccotti Park in New York.

The demonstrators took some of the metal barricades that surrounded the park, and tossed them into a pile in the hours before midnight on Saturday night.

“All week all year, we’ll still be here,” protesters chanted as they jumped on top of the pile.

Zuccotti Park hadn’t been occupied since protesters were evicted in mid-November in an early morning police raid. That led to police raids on other encampments across the US from Boston to Los Angeles.

Most anti-Wall Street encampments in the country have been forcibly cleared.

Scuffles broke out between demonstrators and police as the NYPD presence started to amass again shortly before midnight and at least one police officer fired an arch of pepper spray into the crowd. 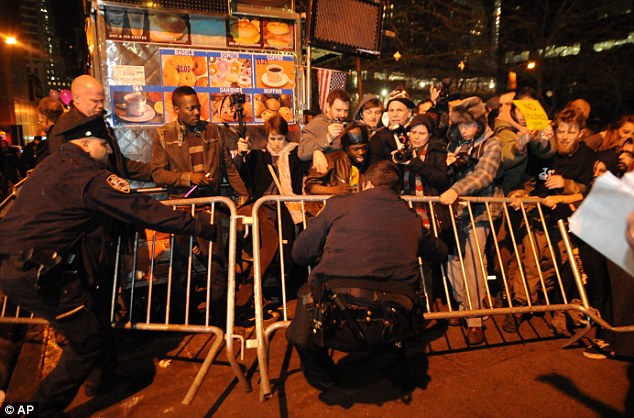