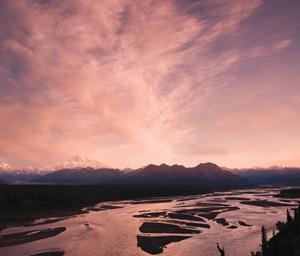 It reads like a fairy tale from the brothers Grimm: a giant US state is planning a giant hydroelectric dam that could flood a tiny shrew out of its idyllic home.

Later this month, Alaskan authorities will file plans in Washington DC for a 213-metre megadam on one of the country’s last remaining wild rivers: the Susitna. If approved, it would be the country’s first hydroelectric megadam for 40 years, and its fifth tallest, just 8 metres shy of the Hoover dam.

Opponents say the project is a $4.5 billion boondoggle that will affect wildlife including caribou, grizzly bears and salmon. Instead they say the state should tap its abundant tidal, geothermal and wind power.

But the icon for protest against the dam may turn out to be the country’s most secretive shrew. Weighing in at just 1.5 grams, Sorex yukonicus lives on a bank 10 kilometres downstream of the proposed site for the dam.

In 1995, Daniel Beard, head of the US Bureau of Reclamation, the nation’s main constructor of dams, declared the US dam-building era over. He cited growing environmental concerns. Dozens of dams have since been torn down to revive fisheries and reinstate river habitats.

But after years in the environmental doghouse, large dams are being promoted as a source of low-carbon energy, and the 600-megawatt Susitna project looks like it could be the first to get the green light.

The Susitna dam was first planned in the 1970s, but was dropped on both cost and environmental grounds. Two years ago, then-governor Sarah Palin revived the scheme. State legislators voted to go ahead in July. On 29 December, the Alaska Energy Authority will submit a preliminary licence application to the Federal Energy Regulatory Commission, which could trigger a national debate on dam construction.

The number of wild rivers in the world is diminishing fast as a result of dam construction and other engineering projects. According to a report on wildlife in the vicinity of the dam, prepared for the state by consultants Alaska Biological Research and published in August, Susitna’s 62-kilometre reservoir will flood a migration route used by pregnant caribou and the grizzly bears that prey on them, and disrupt a major run for Coho and sockeye salmon.

Then there is the shrew. The 7-centimetre-long mammal was discovered in 1982 by Stephen MacDonald of the University of Alaska Museum. MacDonald, who is now at the Museum of Southwestern Biology in Albuquerque, New Mexico, says that small mammals dependent on habitats that will be destroyed or altered by the dam could disappear. That includes the shrew, whose riverside habitat will be subject to drastic changes in water levels as the dam’s turbines are turned on and off to power the nearby towns of Fairbanks and Anchorage.

Despite extensive searches, only 38 specimens of the shrew have been found, according to the Alaska wildlife study.