COLEMAN, FLORIDA—The Leonard Peltier Defense Offense Committee confirm Leonard Peltier has been moved to the US Penitentiary at Coleman, Florida. The following information was provided late Wednesday by the Committee: 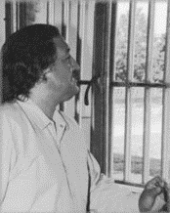 “According to the Federal Bureau of Prisons, Leonard Peltier has been moved from Oklahoma City to the U.S. Penitentiary at Coleman, Florida.

The United States Penitentiary I in Coleman is a high security facility located in central Florida approximately 50 miles northwest of Orlando, 60 miles northeast of Tampa, and 35 miles south of Ocala.”

“This is nearly 2,000 miles from Leonard’s Nation, the Turtle Mountain
Band of Chippewa Indians, in North Dakota! Tell the Federal Bureau
of Prisons that the only acceptable transfer is one to a medium
security facility in close proximity to (within a 500-mile radius
of) his family and Nation. Ideally, Leonard should be moved to the
medium security facility at Oxford, WI.“