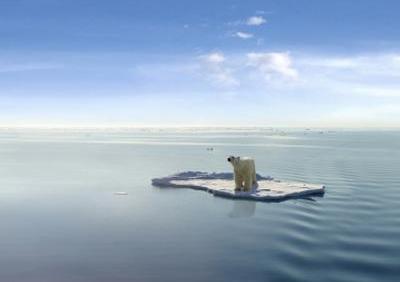 By the Earth First! Journal Collective

On August 25, dozens of intervenors, from the cattle industry to trophy hunters, filed three notices appealing a US district judge’s decision in favor of the US Fish and Wildlife Service’s 2008 listing of polar bears as ‘threatened species.’ They claim that the polar bear population has doubled since the 1960s and that the listing status is based on the theoretical climate science.

On August 27, the State of Alaska joined the intervenors and filed a fourth notice of appeal.  The administration of Alaska governor Sean Parnell claims that polar bears survived past periods of global warming and that they will do so again. The adminsistration has not come out directly denying climate change but argues that the Endangered Species Act is being inappropriatly used for a ‘speculative’ situation without hard data showing signs of population decline.

Alaska officials say they are concerned that the listing will hinder oil and gas developement in the Arctic.

Several environmental organizations have sued in District Court because they believe the status of ‘threatened’ is not strong enough to provide the protections necissary to preserve polar bear habitat.