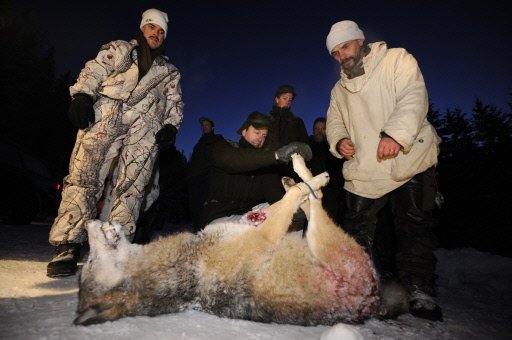 Wolf hunting, which was allowed last year in Sweden, will be temporarily halted following a threat of legal action from the European Union.

According to Swedish Environmental Minister Andreas Carlgren, the government has decided to put a stop to its licensed wolf hunts, which it allowed last year for the first time in 45 years.

Carlgren, in a news conference, indicated that the “temporary halt” was to “ensure that Sweden does not lose the right to decide on its own wolf population,” the International Business Times reported.

Despite the issue of illegal poaching, two licensed wolf hunts, one in 2010 and one in 2011, were conducted in Sweden.

That moved by the Sweden government caught the attention of the EU.

According to EU Environment Commissioner Janez Potecnik, it was a violation of an EU directive.

Wolf hunting, in general, has been in practice in many countries for thousands of year. These animals are mainly hunted for sport, for their skin, to protect livestock, and, in some rare cases, to protect humans.

The wolf population in Sweden went extinct in the 1970s.

About ten years after it went extinct, the Swedish wolves recolonized from Finland, with an estimated 250 having descended from that batch.

Meanwhile, this year’s licensed wolf hunt in Sweden ended with 19 wolves shot out of the quota of 20.

Despite succumbing to the EU’s pressure, the Swedish government indicated that it will still look into controlled hunting of “problem wolves, according to Carlgren.