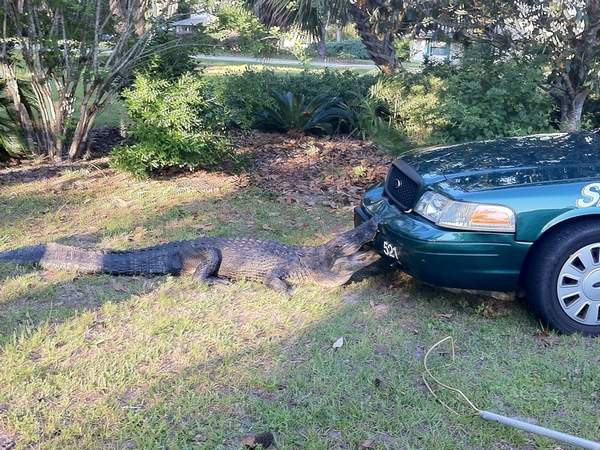 The Earth First! Journal, having recently relocated from the deserts of Tucson, Arizona to the hot and humid swamplands of South Florida, has come under attack of late from the forces of repression. We’ve had heavy police presence at our office, all three current long term editors are embroiled in legal battles for actions against Scripps Biotech and one (that wiley and ferocious editor that some call “aguamala”) has outstanding legal issues in defense of the wild in three states. An agent from the Joint Terrorism Task Force has been following us around and that no good so-and-so Uncle Sam has told us he don’t like what little we’ve paid him in taxes.

On top of that we are, as always, beautifully and tragically broke, wondering where we’ll get the money for our next publication.

Well, in our last call out for donations to support the Journal, we also asked for solidarity actions. So far, only one fine friend has stepped up. Lucy Parsons, the infamous anarchist gator of the Everglades went on a rampage, attacked a police car then walked into a bank and into the vault and ate all the money before escaping bank into the swamp.

Thanks Lucy. Now for the rest of you, we ask if you can step it up to and donate us a few bucks to keep this Journal alive?

Just click the donate button on the top of the screen.