“Native land claims scare the hell out of investors,” Robert Johnson told an Alberta energy conference, according to an Edmonton Journal report. “My level of confidence [in the project] has gone down quite a bit, unfortunately.” 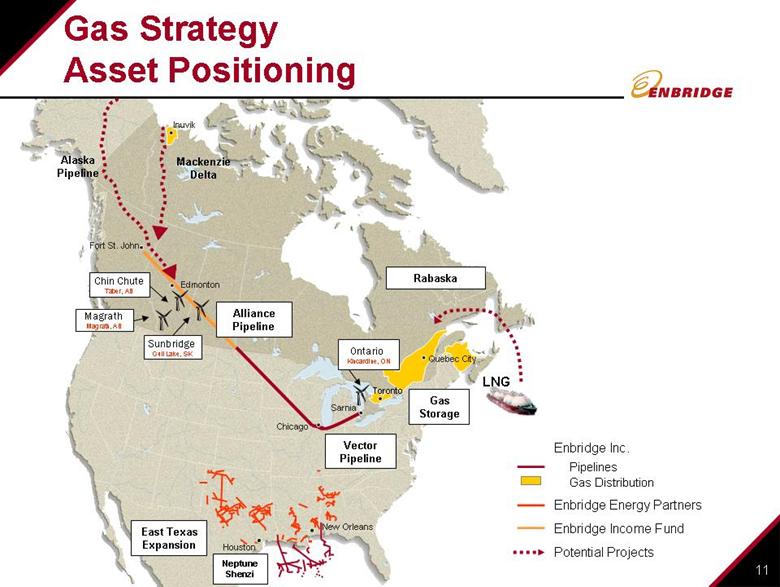 Johnson belongs to senior management at Eurasia Group, which claims to be the “world’s leading global political risk research and consulting firm.”

Enbridge’s Northern Gateway proposal, a $5.5 billion pipeline linking northern Alberta to Asian markets, is a much tougher sell, he said.

“You saw the protests at [Enbridge’s] annual general meeting, the native groups saying it’s not about money,” Johnson said. “Gateway could be quite a while.”

Former federal environment minister Jim Prentice agrees. He was in Calgary earlier this month when dozens of First Nations beat drums in protest outside Enbridge headquarters.

“One of the great public policy failures in Canadian history was the failure to actually execute land claim treaties and, in a sense, titlement, in British Columbia over of course of the last 150 years,” Prentice told the Globe and Mail.

“And so the reality on the ground is that the constitutional and legal position of the first nations is very strong.”

“I made a promise to our youth that if Enbridge gets to the point at which it is bringing in the bulldozers, I will put my body in front of it,” he reportedly said. “How many of you will join me?”