Mongolians on horseback occupy the capital of Mongolia, Ulan Bator, on Tuesday 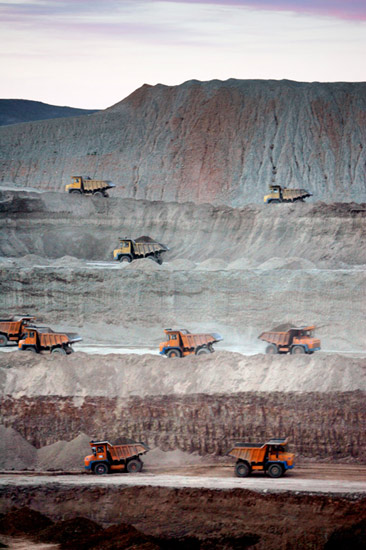 joining environmental activists to confront international mining deals being brokered with the government. They rode into the city’s central square and set up camp, erecting their traditional yurts, prepared for a long Mongolian style free-state. Mining firms have been accused of degrading grazing lands with pollution and land grabs. The protesters say the politicians have sided with the mining firms at the expense of the traditional Mongolian lifeways and the environment They are calling for new elections. “More and more people are coming from rural areas of Mongolia to support us,” said environmental activist Munkhbayar Tsetsgee according to an AP report. “We all want the same thing: dismissal of the parliament and government and elections. We will camp here until our demands are met. ” See these videos about mining in Mongolia: [youtube=http://www.youtube.com/watch?v=YwkYHs1_4kw&feature=player_embedded] For an independent media source in Mongolia visit: http://www.minegolia.com/