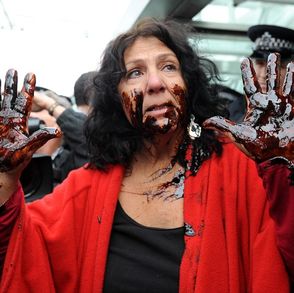 Oil giant BP faced anger from protesters from across the world as it held its annual general meeting just days before the first anniversary of the Gulf of Mexico disaster. The meeting was attended by residents of the Gulf of Mexico who say their communities have been destroyed by the oil spill which followed the explosion that killed 11 workers on BP’s Deepwater Horizon rig last April. They were joined by indigenous community representatives, who are angry at BP’s involvement in tar sands extraction in their territories in northern Canada.