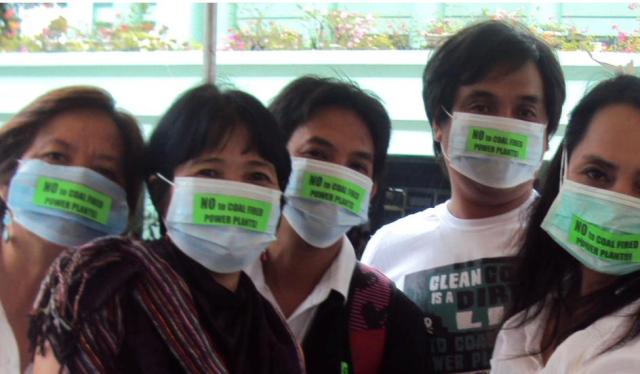 [/caption] As environmentalists all over the country continue to call for cleaner sources of energy and the closure of coal power plants in the country, President Benigno Aquino III showed his full support to the building and operation of another one. On April 1, President Aquino inaugurated the commercial operation of the 164-megawatt coal-fired power plant in Barangay Ingore in La Paz District, Iloilo City. The facility is owned by Panay Energy Development Corp. (PEDC) and its mother company, the Global Business Power Corp. (GBPC).This is the first coal power plant built and operated under the Aquino administration. Environmental activist groups Kalikasan People’s Network for the Environment (Kalikasan-PNE) and Philippine Climate Watch Alliance (PCWA) criticized Aquino for supporting the construction and operation of coal power plants in the country. Kalikasan PNE in a statement said the increasing operation of coal power plants would contribute to the worsening global warming and increase the country’s dependence on the dirty and polluting source of energy. “In spite of the strong opposition of the people of Iloilo and the availability of cheap, clean and indigenous energy sources, the government allowed the operation of the dirty and dangerous PEDC coal power plant,” said Marjorie Pamintuan, spokeperson of Kalikasan PNE. According to Pamintuan, the Department of Environment and Natural Resources (DENR) suspended the coal power plant last year because of the Clean Air Act. She said the plant’s construction and testing operations were met by protests from the communities, religious sector, business groups, academe and students, and activist groups in Iloilo. Read the rest of the story here.]]>