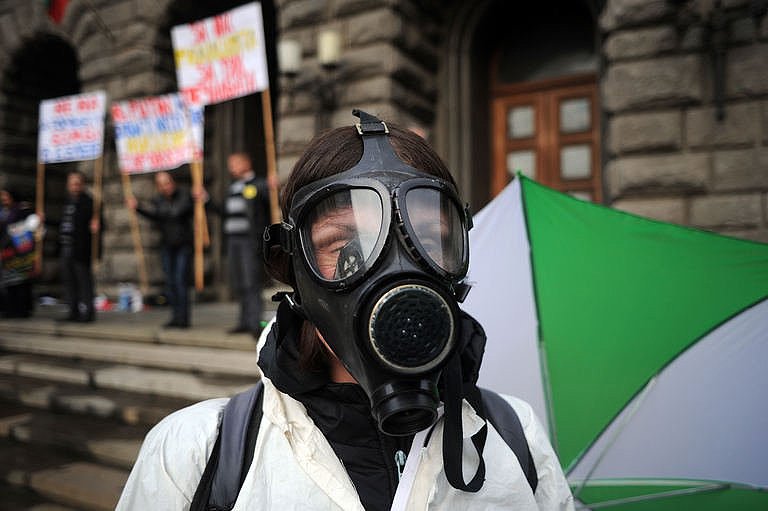 Hundreds of people joined an anti-nuclear protest in Sofia on Wednesday, calling for the government to drop plans for a new Russia-backed nuclear plant after the radiation disaster in Japan. About 300 protestors -- some wearing gas masks and radiation suits -- gathered outside the government headquarters to shout "No to Belene!" against the planned 2,000 megawatt facility on the Danube in northern Bulgaria. Many people at the rally had yellow radiation signs stamped on their jackets and carried slogans reading "Stop the Nuclear Bomb in Belene." In a declaration distributed to journalists, the organisers warned that "the Fukushima disaster showed that the nuclear industry had not learned the lessons of (the world?s worst nuclear accident in) Chernobyl."