Clarks Grove, MN, With 6 days of boot camp style advanced action training behind them, and the camp’s culminating mock action ahead, several members of various Earth First! dropped a banner over the main stage. EF!ers effectively delayed the final morning circle, working late hours by the cover of darkness and behind closed doors to surprise camp participants and trainers Tuesday morning.

The action included two climbers unleashing a banner and another climber suspended from a tripod being supported by four more EF!ers. The banners were staggered, The first reading “Earth First! No Compromise” and the second, moments later “‘hearts’ Ruckus”

The group stated that their intentions were to remind Ruckus that EF! had made a presence, they weren’t alone in their struggles, and their actions and support was very much appreciated, AND they were setting up a photo for the cover of the next EF! Journal (at least the back cover, right?) They also succeeded in making a sweet banner that can be re-deployed at future actions! 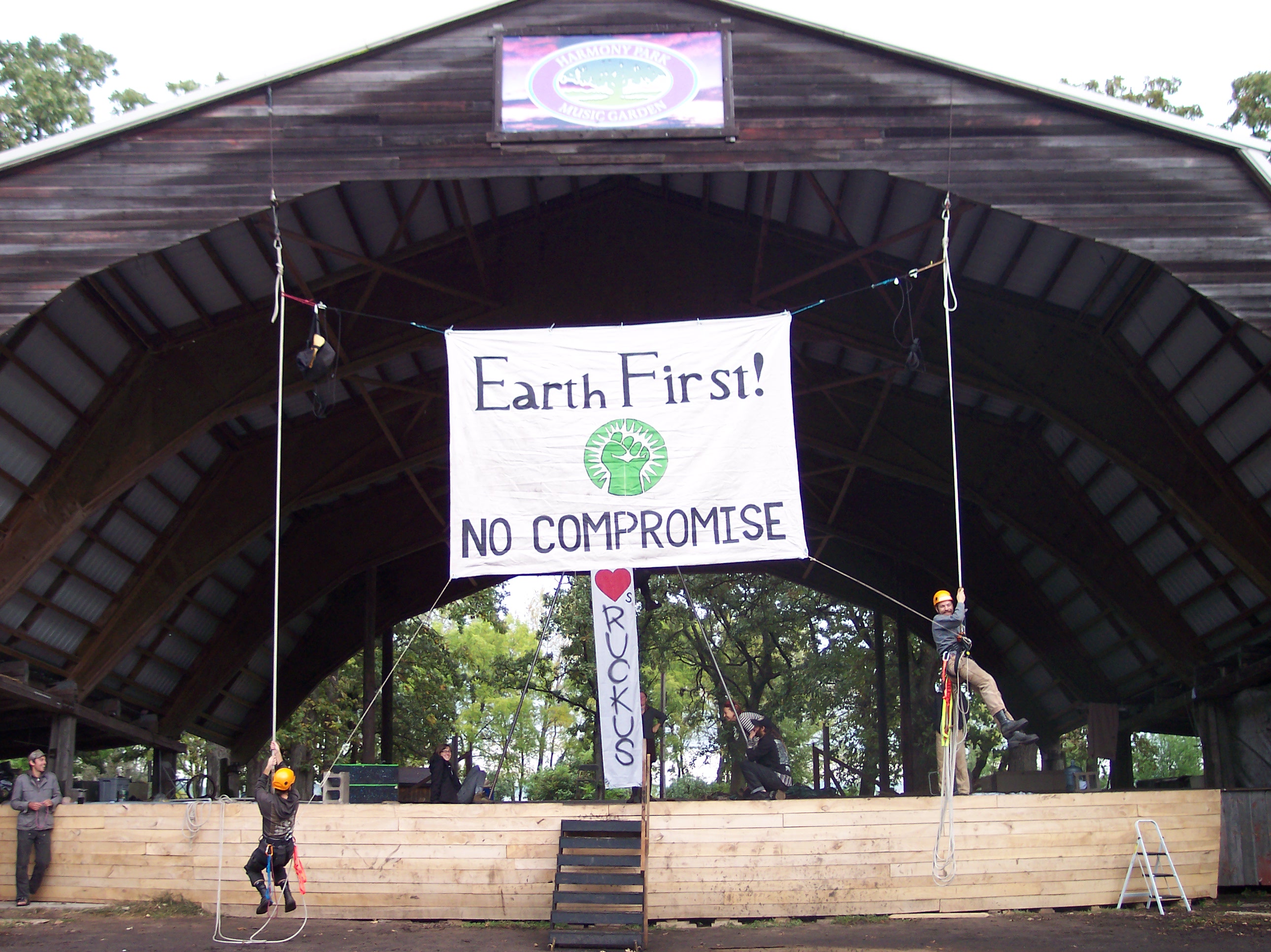