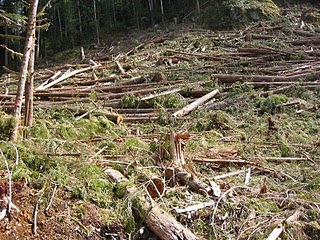 BETTY LOCKED UP FOR LIFE?
That’s what the Attorney General is asking the Appeal Court of BC to consider on Sept. 22. The Crown (Michael Brundrett) has given the Appeal Court two cases to consider on how the Appeal Court should consider my appeal. Simply lock me up for life by declaring me a repeat offender, a dangerous offender, and re-sentencing me under a sentencing process of “combined offenses”. And the Attorney General uses case law in his requests to the court. Both concern men who are violent pedophiles who attacked their own children. Just look at this:
In appeal of the first case: (R. v. M. (C.A.)
Jessup J.A. (appeal judge) expressed the sentencing principal in Hill, at p. 147:
“ When an accused has been convicted of a serious crime in itself calling for a substantial sentence and when he suffers from some mental or personality disorder rendering him a danger to the community but not subjecting him to confinement in a mental institution and when it is uncertain when, if ever, the accused will be cured of his affliction, in my opinion the appropriate sentence is one of life.” And the Attorney General has emphasized the last seven words in the Crown’s response.
So here we have the Attorney General of BC asking the Appeal Court of B C to give me a life sentence because I had the audacity to appeal my sentence in the first place. But honestly, what annoys me the most is that the Attorney General of BC equates peaceful civil disobedience with the diseased minds of violent pedophiles who repeatedly rape their own children and in the second case, also sell the images. In other words, the Attorney General thinks I am a pervert who is rather the same as these two men and should be locked up for life. My mental or personality disorder that cries out for justice from the Attorney General, for protections of BC forest and streams is equated by the Attorney General with these two cases of men’s violence, incest, rape, and pedophilia. Could it be possible that the Attorney General doesn’t know the difference? My appeal on Wednesday is being ratcheted up by the Attorney General ( a political appointee) to a crazy point of desperation that if successful, would be such a black mark on Canada we would all suffer. Please come. Wed., Nov. 22, 9: 30, for a rally, 10: 00 for court. Supreme Court and Appeals, 800 Smithe ST., back steps corner Howe and Robsen. Love. Betty Krawczyk