Montana Wilderness Bill Raises Hackles
A new bill, put forward by junior senator John Tester, is poised to determine the final status of public lands in three chief regions of Western Montana. The Forest Jobs and Recreation Act (FJRA) would designate 670,000 acres of new wilderness in a state that has not seen any new wilderness designations since 1983. 300,000 acres of less-restrictive recreation areas would also be designated, while 900,000 acres would be condemned to the “mechanical treatment” or “harvesting” of 10,000 acres per year for the next 15 years. It is this last point that functions as a deal-breaker for many environmentalists, who say that it sets a dubious precedent to combine and confuse wilderness areas with logging stipulations. The FJRA is taking the stage as a showcase forestry bill, and could be passed by the end of the year, putting “mechanical treatment” up there with “wise use” and “salvage logging” as the newest euphemism for deforestation.
The alternative is the much more straight forward Northern Rockies Ecosystem Protection Act (NREPA), a bill that would designate 24 million acres of new wilderness in Idaho, Montana, Oregon, Washington and Wyoming. No jargon or rhetoric there, huh?

Motors in the Wild
Developments have arisen in the long-debated topic of motorized vehicles in wilderness areas. Recently, a law-suit has been filed to open the Adirondack Park’s lakes to helicopters and floatplanes . The disabled veterans filing the suit claim that the Park’s regulations violate the Americans with Disabilities Act. Conservationists, however, insist that motorboats are already a disruption in the wild, and aircrafts would totally change the scenic area, driving wildlife away and annihilating the idea of a Wilderness, Primitive, Canoe Area.
Similar debates are occurring across the US in Oregon, for example, where last week the Mount Hood National Forest restricted ATV traffic to four small areas. Mt. Hood is the first of Oregon’s 12 national parks to complete an ATV restriction program. Eric Fernandez of Oregon Wild explains, “On the Siskiyou, 100 miles of the OHV routes are within proposed wilderness areas. Mount Hood doesn’t have any going into proposed wilderness.”

Klamath River Update
Speaking of Oregon, the Klamath River’s clogged, polluted flows face an important ruling next Tuesday, as a court will decide whether or not to adopt a suite of regulations in order to improve water quality. Pacificorp already agreed with more than two dozen tribes, agencies and environmental groups to destroy four of the dams that it owns on the river, but the company is also attacking the science of conservation in apparent attempts to get out of those prior agreements. The battle to clean up the river has extended to over a decade now, with the EPA listing it as “impaired” in 2007. The latest attempt by the State to allocate $250 million dollars towards cleaning up and restoring part of the river fell through at the last minute, making this new regulatory process especially urgent.

Bear News
What was once one of Alaska’s terrible brown bear “kill-zones” is now something of a sanctuary. The five mile radius around two of Alaska’s most prominent fisheries, near the confluence of the Russian and Kenai rivers, became the site of 9 bear killings only two years ago. Since then, it has been totally free from deaths. Many environmentalists attribute the bears’ safety to educational programs and public policy determined to teach anglers better fishing practices, as well as lower salmon levels in the confluence and a lower level of bears in the region, due to the slaughter that came before.
Meanwhile, Florida has been experiencing a resurgence of Black Bears, making suburbanites who bear witness to the huge creatures at their local Hard Rock Hotel very uncomfortable. The Florida Fish and Wildlife Conservation Commission drafted a protection program, and Defenders of Wildlife are chipping in to help keep the bears in the forests, preventing car-kills and mix-ups in cities. These mostly-vegan bears are not really threatening people, but there are still rumors that a vicious bear hunt might commence.

Federal Panel Convenes on Offshore Drilling in Alaskan Arctic
A committee heard testimony recently from Shell Oil insisting on the safety of offshore drilling in Alaska’s Chukchi and Beaufort seas. Shell claims that a spill in the shallow, 150-foot depth in the Chukchi Sea, would not compare to the Deep Horizon spill which occurred at 5,000 feet. Even still, the recent explosion of another offshore rig in the Gulf exposes the dangers even of shallow rigs. The panel hopes to reach conclusions and report to Interior Secretary Ken Salazar on industry’s offshore capacities before Sept. 30.

Chevron Pays San Francisco for Refinery Contamination
Chevron paid out $2.85 million to the city of San Francisco for the restoration of 200-plus acres of San Francisco Bay wetlands that was contaminated by regular wastewater discharges from Chevron’s Richmond refinery, ending in 1987. Less than 10 percent of the bay’s historic tidal marshes exist today, and funds from the settlement are being allocated towards restoration of 30 to 45 acres of tidal habitat in north Richmond as well as the shoreline of the San Pablo Bay National Wildlife Refuge. Some are saying this sets valuable precedent for the restoration of the Galveston Bay and the mouth of the Mississippi among other regions badly contaminated by fossil fuels. Why not?

Sweden Contemplates Progressive Wind Power Regulations
Everyone agrees that wind power promotes a clean alternative to climate change, right? Wrong. Wind turbines can be way too big, they can be put in wild areas using clear cuts and environmental damage, and they screw up the integrity of bioregions. Plus, bald eagles fly into them. That’s why Sweden’s recent reconsidering of Wind Power is an interesting story to follow. Two competing regulatory bills will be discussed by Swedish people next week, determining the maximum height, correct placement and general regulations concerning wind mills. 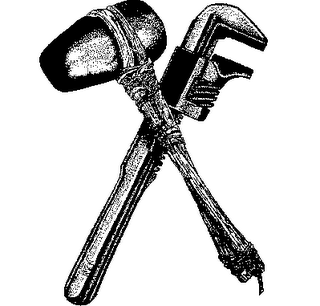 Compromise? No, thanks.
The New York Times has an interesting story today concerning environmentalism, entitled “Think Globally, Compromise Locally.” The article puts forward the philosophy that a “tipping point” has approached on the issues of natural gas drilling and conservation. The people have the upper hand, so it’s time for environmental groups to seize the opportunity and compromise with industry. Compromise, indeed! What happened to all those compromises the US government has made with environmentalists in the past? With indigenous peoples? The US government has gone back on its promises time-in and time-out. We say “No Compromise!” because we know that saving the world is not something that can be half-assed. To the editors of the New York Times: the rallying cry is “Think Globally, Act Locally.” We’ll keep it that way, thank you very much. Though we prefer “Dismantle Globally, Renew Locally.” Oh, and don’t forget that other saying. EARTH FIRST!