from the Seattle Times 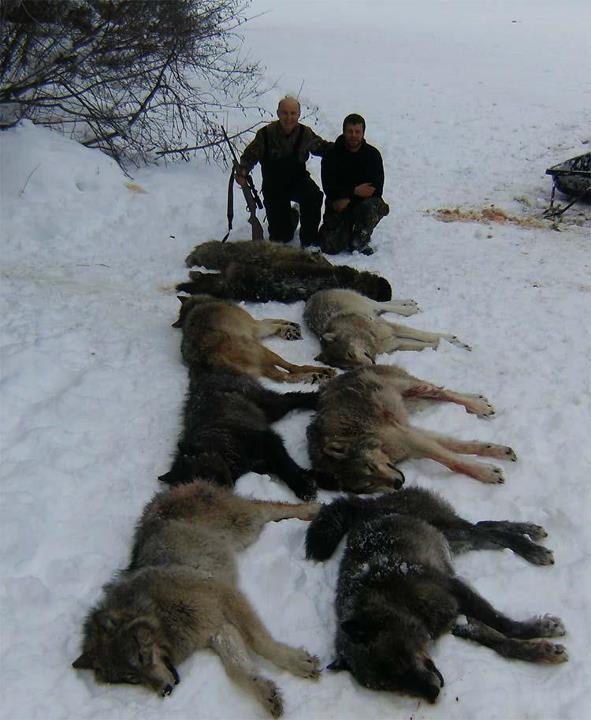 Washington state wildlife agents are preparing to kill up to four more gray wolves in the northeast corner of the state after investigators said the pack has injured or eaten livestock.

But seven environmental groups on Friday urged the director of the state Department of Fish and Wildlife to stop the wolf kill, saying the agency has not proved beyond a doubt that the predators were responsible for the cattle deaths – or that it had exhausted other nonlethal means to keep the wolves and cows apart, The Seattle Times reported ( http://is.gd/OxxSMj).

The conflict shaping up along the rugged wildlife-rich stretch of country in Northeast Washington is the first real test of the state’s management of wolves since the animals began returning to the state five years ago.

State and federal wildlife officials have been keeping an eye on the wolves, members of the so-called Wedge Pack along the Canadian border, since at least mid-July. That’s when ranchers at Diamond M ranch reported a cow and calf had been attacked by a wolf.

The state has already killed one wolf there earlier this month.

The state hunters are now tracking the pack across 20,000 acres of state, private and federal land and plan to shoot or trap and kill the wolves over the next few days.

“Things are moving really fast, and that’s part of the problem,” said Jasmine Minbashian, with Conservation Northwest. “Decisions are being made to kill wolves, but there’s not a lot of good information about why that action needs to be taken. It feels like the department has been going from zero to 60 without having made a strong case for why this is necessary.”

There are eight confirmed wolf packs in Washington, with four other suspected pacts. Wolves in that area are protected under state law, but are no longer covered under the Endangered Species Act, which only protects wolves in the western two-thirds of the state.

The state last year adopted a management plan for wolves, which gives it authority to kill wolves, but only under certain conditions.

“Our goal, once we go to lethal removal, is we’re trying to reduce the size of the pack and break up the pattern of predation,” said Nate Pamplin, assistant wildlife director for the state Department of Fish and Wildlife.

Pamplin said the problem started back in 2007, when it was confirmed that a wolf had killed a cow on a ranch near the Diamond M. That rancher received a payment for his loss out of a compensation fund that’s a mix of money from the state, federal government and pro-wolf groups.

Four years later, other ranchers began complaining about wolf attacks and in April of this year, another rancher adjacent to the Diamond M put up electric fencing to keep wolves away from his calving operation.

Then this summer, conflicts grew sharper. Several cows and calves were injured by predators, and two were killed. Those carcasses showed scrapes, bites and puncture marks that investigators said were consistent with a wolf.

In a report, one investigator wrote that the “predation on a Hereford calf shows reasonable physical evidence that it was attacked and died from injuries suffered from a wolf attack.”

Minbashian said Diamond M ranchers have said their calves have been attacked by other wildlife, such as bears and cougars.

She also said the state hasn’t fully explored nonlethal options, such as changes to the grazing allotment or putting more riders on the range to keep wolves and cows apart.

“My concern is they’ll spend all this time and money and break apart the pack, but it won’t solve the problem in the long run, and we’ll be starting from square one again next year,” she said. “We need to be able to reduce the chance of wolves predating on livestock.”