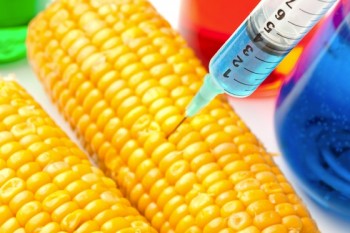 When an insect feeds on Monsanto’s genetically-modified MON810 maize plant, it is in for a nasty surprise. Encoded within the seed’s DNA is an especially insidious insecticide called cry1Ab that causes the insect’s stomach to explode after ingestion. Given its brutal assault on pests, the modified crop is pitted by the agri-giant as the cure-all solution to international food shortages.

But an increasingly loud fervor has rung out across the globe against both Monsanto and their GMOs. Citing risks to biodiversity and super-bugs that require even more pesticide to control, some governments are resisting GM crops – including Egypt.

Writing for Egypt Independent, Louise Sarant reported that in 2008, Egypt first agreed to import, grow and sell Monsanto’s genetically-modified crops. A 70-ton shipment of seeds followed soon after in December, 2010; these were then planted in ten governorates throughout the country.

But in January this year, the Ministry of Agriculture seized a second 40 ton shipment that was not approved.

Biosafety expert for the Ministry of Environment and Microbiology and Immunology Professor at Egypt’s 6th of October University, Osama El Tayeb told Sarant that the two former Ministry of Agriculture advisers who authorized the shipment acted in direct contravention of the Constitution and the Cartagena Protocol on Biosafety that Egypt ratified.

An international agreement that monitors “the safe handling, transport and use of GMOs between countries,” the Cartagena Protocol on Biosafety was ratified by Egypt in 2003.

“There was a total consensus between the different stakeholders for the implementation of the law, and I have no problem saying that we wrote one of the best laws regulating GMOs in the world,” Tayeb told Egypt Independent.

But then the Ministry of Agriculture blocked it. Adel Soliman from the Environmental Affairs Agency claims that Monsanto representatives bribed government officials to prevent the law from passing.

In February this year, after years of no action, the newly-appointed Minister of Environment sent the draft to the Egyptian Parliament. Since dissolved and reinstated, it is unclear when the law will be evaluated, but Soliman is convinced it will happen soon.

(For a much fuller account of the law and Monsanto’s influence in Egypt, we urge you to visit Egypt Independent, from where this post has been adapted).

Cables released in 2011 by WikiLeaks demonstrate just how far Monsanto is willing to go in order to maintain their control of the world’s seed markets. When France attempted to ban GMOs in 2007, then US ambassador Craig Stapleton recommended that Washington penalise the EU and particularly countries which did not support the use of GM crops, according to The Guardian.

“Country team Paris recommends that we calibrate a target retaliation list that causes some pain across the EU since this is a collective responsibility, but that also focuses in part on the worst culprits,” he wrote.

The United States is saturated with transgenic crops. These are seeds that are implanted with genetic material from unrelated organisms to increase pest or drought resistance (such as Monsanto’s MON810) compared to normal genetic modifications that favor naturally-occurring traits.

According to the US Department of Agriculture, in 2011 nearly 90 percent of all soybeans, corn, canola and sugar beets raised in the United States were grown from transgenic seed. And Monsanto rules the roost.

Despite efforts to expand their reach, Monsanto and similar firms are meeting growing resistance. Peru recently banned the import of all genetically modified foods for a decade (pending safety reviews) not long after Hungary burned 1,000 acres of crops contaminated by Monsanto GMOs, which are banned in that country.