THESSALONIKI, Greece — Hundreds of protesters have battled riot police for hours over plans for a gold mine in northern Greece’s Halkidiki peninsula.

This is not the first clash over the gold mine, which has pitted inhabitants of the area against one another.

Owners of tourist lodging, abetted by leftist activists, are fiercely opposed because of environmental reasons, while prospective miners claim the project will create thousands of jobs at an economically difficult time. Supporters of the project staged a counterdemonstration Sunday with banners calling for “no to violence, yes to jobs.”

A multimillion-dollar gold mining project in a nearby area was cancelled a decade ago after similar protests. 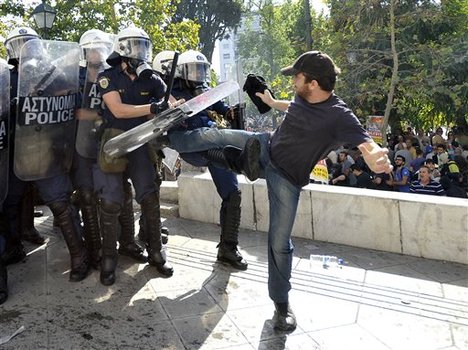