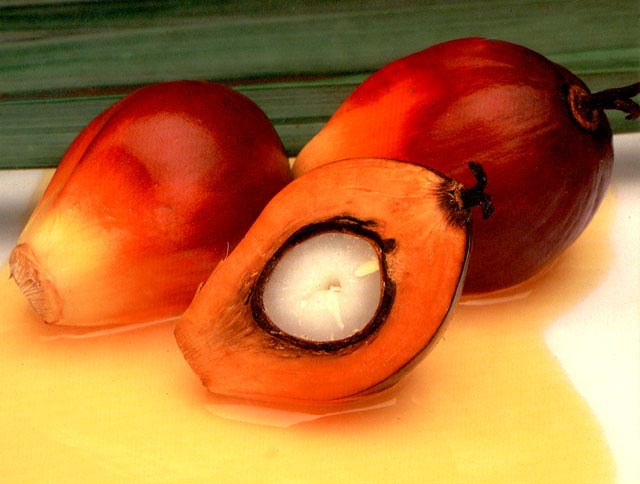 What do Ben & Jerry’s, Girl Scout Cookies, Little Debbie snacks and Clif bars all have in common? They all contain palm oil. Both the flesh and the kernel of oil palms, a fruit, are used to obtain this oil, with each fruit containing about 50% oil. The current production of palm oil causes irreversible damage to the planet through the destruction of rainforests exclusively in tropical regions, such as Malaysia and Indonesia, two countries where, combined, 85% of the world’s palm oil is produced.

Palm oil can be found in 50% of all goods sold in the grocery store, according to the Rainforest Action Network, from candies to margarine. Refined palm oil is also found in detergents, soaps, cosmetics and beauty products from mainstream companies like Revlon and Cover Girl to everyone’s favorite, Dr. Bronner’s. Palm oil can also be used in animal feed and as a bio fuel.

Scientists say that one of the species most effective by palm oil production are orangutans, which are found exclusively on the Indonesian islands of Borneo and Sumatra. According to the website: www.angelfire.com, “the demands for palm oil is high and as a result these [palm oil] plantations are destroying the orangutan’s natural habitat at such an alarming rate that orangutans and many other species face extinction in the wild in the next 10 years,” if production does not come to halt. In fact, the expansion of palm oil plantations is one of the biggest causes of rainforest destruction and carbon pollution in the world today. Palm oil plantations also pollute the soil and water with pesticides and untreated palm oil-mill effluent, cause soil erosion and increased sedimentation in rivers and are a violation of the land rights of local people who are displaced for production. These clear-cut plantations turn rainforests and peatland areas into biological deserts.  Various environmental organizations claim that in 15 years, 98% of the rainforests in Indonesia and Malaysia will be gone unless drastic action is taken to find ways of producing sustainable palm oil.

Unfortunately, for those of us that try to avoid buying products that contain palm oil, researchers say that it’s rarely listed as an ingredient on product labels, with the term “vegetable oil” often being used instead. Vegetable oil production around the world totals over 144 million tons per year, of which over 47 million tons is palm oil.